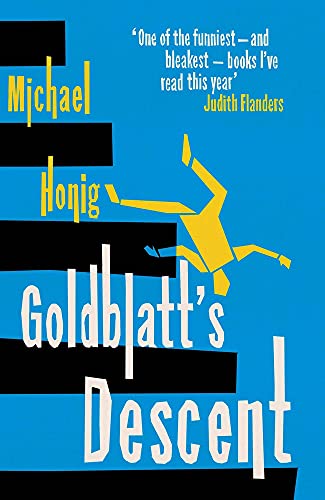 Dr Malcolm Goldblatt has one last chance in the NHS. As the new but temporary senior registrar of a London hospital, he needs to prove to himself, and the medical establishment, that he can toe the corporate line. But this new hospital is all rather depressingly familiar - from Dr Madic's ferocious aversion to work, Dr Burton's knife-in-the-back ambition, right up to the pathologically insecure yet monstrously vain Professor Small, it is an environment of short tempers, back-biting and office politics - a place in which caring for patients seems secondary to caring for professional reputations. As Goldblatt attempts to hold on to his job in the medical chaos of Floor Five he finds himself sinking dangerously towards a point of no return, where it feels as though self-abnegation is killing him and self-destruction seems like the only remedy...

A rollicking comic take on the NHS and a tragicomic meditation on human futility. One of the funniest - and bleakest - books I've read this year. -- Judith Flanders

Michael Honig trained in medicine and worked at a number of London's teaching hospitals. He lives in London with his wife and son.

GOR010321218
Goldblatt's Descent by Michael Honig
Michael Honig
Used - Well Read
Paperback
Atlantic Books
2014-07-03
480
0857897039
9780857897039
N/A
Book picture is for illustrative purposes only, actual binding, cover or edition may vary.
This is a used book - there is no escaping the fact it has been read by someone else and it will show signs of wear and previous use. Overall we expect it to be in very good condition, but if you are not entirely satisfied please get in touch with us.