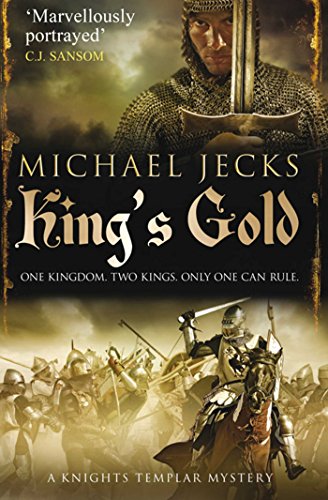 Used Price
17,49 $
inc. GST
Free Shipping in Australia
1327. One kingdom. Two kings. But only one can rule. Another tale of murder and mayhem from the master of medieval crime.
Reviews:
Trustpilot
Like New Very Good

As the year 1326 draws to a close, London is in flames. King Edward II is a prisoner, and the forces of his vengeful queen, Isabella, and her lover Sir Roger Mortimer, are in the ascendant. The Bardi family, bankers who have funded the King, must look to their future with the Queen, steering a careful course between rival factions - if, that is, they can keep themselves alive.

Others, too, find their loyalties torn. Guarding the deposed King on behalf of Mortimer, Sir Baldwin de Furnshill and bailiff Simon Puttock find themselves entangled in a tightening net of conspiracy, greed, betrayal and murder.

Michael Jecks is the author of the bestselling Knights Templar series, comprising thirty-two novels starring Baldwin de Furnshill. Fields of Glory is the first novel in a new trilogy, set around the Hundred Years' War. A regular speaker at library and literary events, he is a past Chairman of the Crime Writers' Association and a Fellow of the Royal Literary Fund at Exeter University. He lives with his wife, children and dogs in northern Dartmoor. To find out more visit his website http://www.michaeljecks.com, follow him on twitter @michaeljecks, or find him on facebook: http://www.facebook.com/Michael.Jecks.autho

GOR010504518
King's Gold by Michael Jecks
Michael Jecks
Used - Like New
Paperback
Simon & Schuster Ltd
2012-01-05
560
1849830835
9781849830836
N/A
Book picture is for illustrative purposes only, actual binding, cover or edition may vary.
The book has been read, but looks new. The book cover has no visible wear, and the dust jacket is included if applicable. No missing or damaged pages, no tears, possible very minimal creasing, no underlining or highlighting of text, and no writing in the margins.