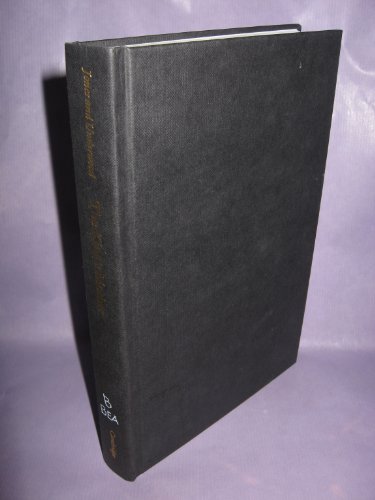 This is a study of the life of Margaret Beaufort, mother of Henry VII and foundress of two Cambridge colleges. It is at once the first biography of Lady Margaret to explore the full range of archival sources, and one of the best-documented studies of any late-medieval woman.

This is a study of the life of Margaret Beaufort, mother of Henry VII and foundress of two Cambridge colleges. It is at once the first biography of Lady Margaret to explore the full range of archival sources, and one of the best-documented studies of any late-medieval woman. Lady Margaret's early experiences of the medieval 'marriage market' anticipated the turbulent political world in which she reached maturity. Deeply involved in the Wars of the Roses, and conspirator against Richard III, she was to become the foundress of one of England's greatest ruling dynasties. Her considerable wealth, much of it owed to her son's triumph, was used to finance education at Oxford and Cambridge, and her lasting memorials are the Cambridge colleges of Christ's and St John's. Behind her activities as both politician and benefactress can be discerned a vigorous, sometimes ruthless, but always enterprising personality, which left a deep impression on her contemporaries. This is a biography of unusual character which brings to life an extraordinary personality under a great variety of aspects, illuminating in depth the political, social, ecclesiastical and academic history through the life of one of the most remarkable women of the age.
'Jones and Underwood ... have produced a work that stands as a model of its kind. [They] are to be congratulated on a compassionate and sensitive study, which embraces every possible aspect of their subject's life from high politics to intellectual endeavour.' The Ricardian
' ... a complex portrait, quite unlike the traditional one-dimensional picture of a pious, nun-like benefactress.' The Times
'[The authors'] diligence has paid handsome dividends, allowing them to draw a rounded and unusually intimate portrait of their subject.' The Times Literary Supplement
Jones and Underwood have improved considerably on the previous biographies in two major respects: the care with which they situate their subject within the political and cultural context of her time and the assiduity with which they have drawn on a wide range of primary and secondary sources to supplement the household accounts still preserved at St John's. The diligence has paid handsome dividends, allowing them to draw a rounded and unusually intimate portrait of their subject. Simon Walker, Times Literary Supplement
Unlike other studies of Margaret, Countess of Richmond and Derby, this excellent biography is the first to draw upon the wide range of manuscripts at Cambridge University, Westminster Abbey, and other archives. A remarkable woman of the pre-modern period, her life is much better documented than most of her female contemporaries. Albion
This is an unusually readable book, careful in its scholarship, cautious in its judgements...well-produced, and with some excellent plates to enhance the text. It is much to be recommended and not only to the scholarly fraternity. Canadian Journal of History
The great merit of The King's Mother is to bring together a large amount of material on a woman who impinged on many aspects of fifteenth-century history....The authors, one of them an authority on the Beauforts, the other the archivist of one of Lady Margaret's foundations, are particularly well placed to deal with this remarkable woman and have done her and their readers proud. Particularly welcome is the treatment of her generally unknown political role under her son....a substantial contribution to the still neglected subject of the internal politics of this reign. Christine Carpenter, Journal of British Studies
This fine work of scholarly collaboration between a historian and an archivist illuminates the character of the pragmatic, unsentimental individual revered by those who worked with her, cursed by those she took advantage of, and underestimated only by the ignorant....[T]he authors deserve praise for clarifying how the countess used a crafty combination of marriages, patronage, political connections, and her own relentless vigilance to secure landed wealth for personal advantage and dynastic benefit....Underwood's previous writings on Margaret's endowments of two Cambridge colleges are well integrated into the biography....[T]heir meticulous and balanced work will stand among the best of the genre. Lorraine Attreed, Speculum
List of illustrations; Preface; List of abbreviations; Genealogical tables; Introduction; 1. The family background; 2. The Wars of the Roses; 3. The reign of Henry VII; 4. The Countess and her property; 5. Household life; 6. A portrait of the Countess; 7. The Countess and the universities; 8. The legacy; Appendices; Select bibliography; Index.
GOR002191450
9780521345125
052134512X
The King's Mother: Lady Margaret Beaufort, Countess of Richmond and Derby by Michael K. Jones
Michael K. Jones
Used - Very Good
Hardback
Cambridge University Press
19911205
350
N/A
Book picture is for illustrative purposes only, actual binding, cover or edition may vary.
This is a used book - there is no escaping the fact it has been read by someone else and it will show signs of wear and previous use. Overall we expect it to be in very good condition, but if you are not entirely satisfied please get in touch with us
Trustpilot