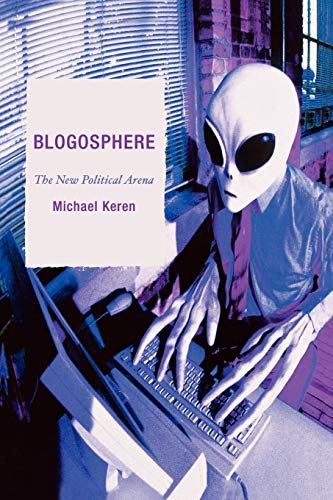 Used Price
$45.99
inc. GST
Free Shipping in Australia
Examining the web logs, or blogs, of individuals from a variety of continents and cultures, this book highlights the nature of 'blogosphere,' the virtual public arena of the early 21st century, which alters the traditional world of media and politics.
Very Good

Examining the web logs, or blogs, of individuals from a variety of continents and cultures, this book highlights the nature of 'blogosphere,' the virtual public arena of the early 21st century, which alters the traditional world of media and politics. It characterizes this new arena by the unique combination of a fresh voice of emancipation and a deep sense of melancholy and isolationism. This journey through blogosphere highlights major forces operating in today's politics: apathy toward political affairs, resistance to globalization, a quest for redemption through religious fundamentalism and terrorism. Michael Keren compares bloggers to terrorists, arguing that while the methods advocated by the two groups are obviously very different, they both represent a similar trend, one of diversion by respected but disenchanted citizens from the norms of civil society to a fantasy world in which the excessive use of words_or bombs_would make everybody listen.

In Blogosphere, Michael Keren examines nine blogs posted by individuals from exceedingly different backgrounds, and draws some provocative conclusions about the emerging nature of virtual public space-a place where emancipation meets melancholy. Do political bloggers actually participate in politics? How are individual voices and online communities faring at a time of the increasing corporate commodification of cyberspace? And how do geographic region and personal circumstance affect the potential impact of blogs on offline lives? Keren poses and explores these and other questions in this timely, intelligent, and engaging contribution to political science, lifewriting theory, and cultural studies. -- Craig Howes, Director, Center for Biographical Research
In this fascinating book, Keren illuminates a new online dimension of civil society. But, unexpectedly, life here is not a collection of vibrant, active citizens, pursuing their individual interests and acting cooperatively. Instead, Keren finds a politics of melancholy on the Internet, which demonstrates 'a fetishism of ideas rather than a presentation of interests, solipsistic discourse rather than an orderly exchange, and a lack of clear frameworks of social obligation and political responsibility.' Portraying a colorful variety of bloggers, Keren brilliantly dissects the emerging political life of the twenty-first century. -- Joel S. Migdal, University of Washington

Michael Keren holds a Canada Research Chair in Communication, Culture and Civil Society at the University of Calgary and is visiting professor at Haifa University. He is the author of many books, including Zichroni v. State of Israel (Lexington Books, 2002).

GOR010020613
Blogosphere: The New Political Arena by Michael Keren
Michael Keren
Used - Very Good
Paperback
Lexington Books
2006-09-22
176
073911672X
9780739116722
N/A
Book picture is for illustrative purposes only, actual binding, cover or edition may vary.
This is a used book - there is no escaping the fact it has been read by someone else and it will show signs of wear and previous use. Overall we expect it to be in very good condition, but if you are not entirely satisfied please get in touch with us.