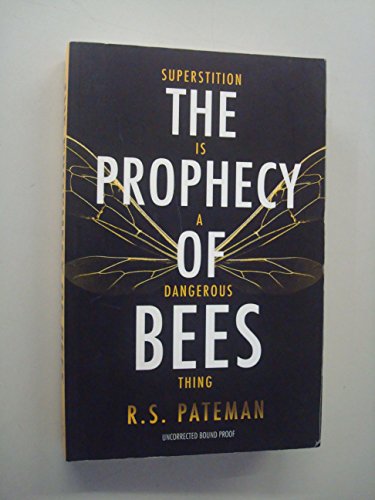 So Cold The River
by Michael Koryta

In Stock
$32.99
inc. GST
The prize-winning, widely acclaimed US author finally arrives in the UK with his first supernatural thriller, set to be the biggest phenomenon since THE SHACK in the US.
Very Good
Only 3 left

So Cold The River Summary

So Cold The River by Michael Koryta

Ex-filmmaker Eric Shaw has been hired by his family to make a documentary about him, but Campbell's childhood is shrouded in mystery. The only clues to his past are the name of his hometown and an antique glass water bottle that he's kept his entire life.

Arriving in West Baden with the bottle and a camera, Shaw begins to have vivid and disturbing visions. His headaches worsen as he is drawn deeper into the town's dark past - and the more he finds out about the town and the man, the more he suspects that something besides the West Baden Springs Hotel has just been restored...

Something dark and terrifying. And cold.

So Cold The River Reviews

Koryta is one of the best of the best, plain and simple * Michael Connelly *
This book builds like a summer storm. Beautiful to watch until it shakes the house and knocks out the lights, leaving you alone in the dark. Another masterful work from Michael Koryta, SO COLD THE RIVER is guaranteed to put the cold finger down your spine. * Michael Connelly *
Michael Koryta's West Baden Springs Hotel has joined Stephen King's Overlook Hotel in the listings of 5-star places to stay in The Lonely Planet's Guidebook to Hell. Like King's 'Overlook', Kortya's West Baden Springs is a real spa-hotel with real history. But if you stay there, for God's sake, don't drink the water! . . . Fright-inducing fiction worthy of our time, attention, and real enjoyment * Dan Simmons, author of The Terror and Drood *
Fast-paced and action-packed, SO COLD THE RIVER is good, unclean fun. Like Joe Hill, Michael Koryta is infusing the old-school supernatural horror novel with new blood. Drink up! * Stewart O'Nan, author of A Prayer for the Dying *
A great story, but what held me was the lean, clean prose and the sharp presentation of scenes and dialogue. Michael Koryta is a good story teller and a wonderful stylist. * Joe R. Lansdale *
Michael Koryta is a gifted storyteller. His writing reminded me of the great Ruth Rendell - eerie, suspenseful, and pleasantly wicked. * Scott Smith, author of A Simple Plan *

Michael Koryta's novels have won the LA Times Book Prize and the Great Lakes Book Award and been nominated for the Edgar, Shamus, Quill and Barry awards. A former private investigator and newspaper reporter, he published his first novel at the age of 21. Koryta's previous books TONIGHT I SAID GOODBYE, SORROW'S ANTHEM, A WELCOME GRAVE, ENVY THE NIGHT and THE SILENT HOUR were published in the US by St Martin's Press, but SO COLD THE RIVER is Koryta's first book to be published in the UK. His work has been translated into 19 languages and will appeal to fans of Dean Koontz, Michael Marshall, Joe Hill and Stephen King.

GOR002651762
So Cold The River by Michael Koryta
Michael Koryta
Used - Very Good
Paperback
Hodder & Stoughton General Division
2010-09-01
528
0340998237
9780340998236
N/A
Book picture is for illustrative purposes only, actual binding, cover or edition may vary.
This is a used book - there is no escaping the fact it has been read by someone else and it will show signs of wear and previous use. Overall we expect it to be in very good condition, but if you are not entirely satisfied please get in touch with us.