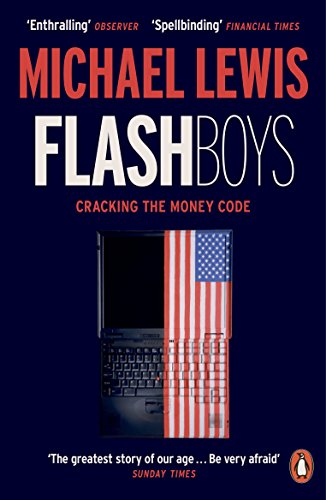 In Stock
$16.49
inc. GST
Tells the story of the multi-millionaires and whizz kids who scammed the banking system in the blink of an eye - and the whistle blowers who tried to stop them.
Like New Very Good Good Well Read
Only 2 left

Michael Lewis's epic bestseller tells the outrageous story of the multi-millionaires and whizz kids who scammed the banking system in the blink of an eye - and the whistleblowers who tried to stop them. It's hilarious, terrifying and it's all true.

'The greatest story of our age ... Be very afraid' John Arlidge, Sunday Times

'Thrilling, a masterclass' Robert McCrum, Observer, Books of the Year

'The kind of writer who creates his own weather system'John Lanchester, London Review of Books

'I read Michael Lewis for the same reasons I watch Tiger Woods. I'll never play like that. But it's good to be reminded every now and again what genius looks like' Malcolm Gladwell

A beautiful narrative, so well-written. You've got to get this -- Jon Stewart * The Daily Show *
Dazzling... guaranteed to make blood boil... riveting -- Janet Maslin * The New York Times *
Enthralling -- John Naughton * Observer *
Michael Lewis knows how to tell a story * Vanity Fair *
This book has the potential to spark a cultural uprising . . . More than five years on from the Lehman collapse, Lewis has lit the touch paper on the mother of all debates about Wall Street and global finance -- Liam Halligan * Spectator *
Compelling, a great yarn from beginning to end -- Daniel Finkelstein * The Times *
When the stories of our times are told, there will be no more seminal documents than the books of Michael Lewis * Guardian *
Who knew high-frequency trading was such a sexy subject? * Bloomberg Business Week *
Michael Lewis is one of the premier chroniclers of our age * Huffington Post *
Michael Lewis is a genius, and his book will give high-frequency trading a much-needed turn under the microscope -- Kevin Roose * New York Magazine *
Flash Boys is remarkable for its moral outrage as it reveals how high-frequency traders have hoodwinked both investors and the public . . . He is that rare beast: an insider who writes lucid, jargon-free prose and who never loses track of his ultimate responsibility to the story * Daily Telegraph *
Remarkable . . . Michael Lewis has a spellbinding talent for finding emotional dramas in complex, highly technical subjects * Financial Times *
He tracks down the men who worked out what was going wrong and exposed it -- John Arlidge * Sunday Times *
Score one for the humans! Critics of high speed, computer-driven trading have a new champion * CNN Money *
If you own stock, you need to read Flash Boys . . . and then call your broker * Entertainment Weekly *
Important to public debate about Wall Street . . . in exposing what one of his central characters calls the 'Pandora's box of ridiculousness' that financial exchanges have become -- Philip Delves Broughton * The Wall Street Journal *
I read Michael Lewis for the same reasons I watch Tiger Woods. I'll never play like that. But it's good to be reminded every now and again what genius looks like -- Malcolm Gladwell
Probably the best current writer in America -- Tom Wolfe

Michael Lewis's global bestselling books lift the lid on the biggest stories of our times. They include Flash Boys, a game-changing expose of high-speed scamming; The Big Short, which was made into a hit Oscar-winning film; Moneyball, the story of a maverick outsider who beat the system; and Liar's Poker, the book that defined the excesses of the 1980s. Michael Lewis was born in New Orleans and educated at Princeton University and the London School of Economics.

GOR008020504
Flash Boys by Michael Lewis
Michael Lewis
Used - Like New
Paperback
Penguin Books Ltd
2015-03-23
320
0141981032
9780141981031
N/A
Book picture is for illustrative purposes only, actual binding, cover or edition may vary.
This is a used book - there is no escaping the fact it has been read by someone else and it will show signs of wear and previous use. Overall we expect it to be in very good condition, but if you are not entirely satisfied please get in touch with us.