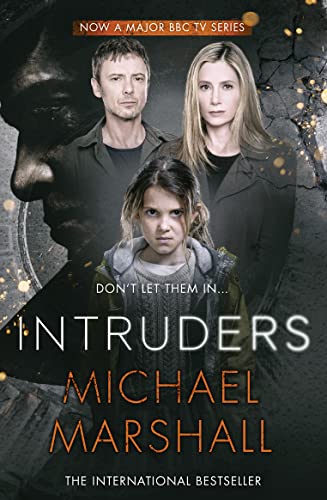 When ex-LAPD patrol cop Jack Whalen's wife goes missing on a routine business trip to Seattle, his world is shaken.

Meanwhile, a ten-year-old girl vanishes from a beach in Oregon after an encounter with a sinister stranger - but it gradually becomes clear that she's very far from defenceless.

Searching for answers in the shadowy secrets of a past that still haunts him, Jack discovers that the truth has roots deeper and darker than he ever feared.

`A good, taut thriller, with lots of action and a very gripping ending' Guardian

`Bestseller Marshall outdoes his own high standards with this potent blend of suspense, paranoia and just plain creepiness ... a provocative and supremely intelligent thriller' Publishers Weekly

`Captures a sense of the menacing inevitable' Time Out

Michael Marshall is a novelist and screenwriter. Before writing the internationally bestselling novels `The Straw Men', The Lonely Dead' and `Blood of Angels', he had already established a successful career under the name Michael Marshall Smith: his groundbreaking first novel, `Only Forward', won the Philip K. Dick and August Derleth Awards, and its critically acclaimed successors `Spares' and `One of Us' have been optioned by major Hollywoood studios. He lives in North London with his wife, son and two cats.

GOR010603837
Intruders by Michael Marshall
Michael Marshall
Used - Like New
Paperback
HarperCollins Publishers
2014-11-06
496
000811496X
9780008114961
N/A
Book picture is for illustrative purposes only, actual binding, cover or edition may vary.
The book has been read, but looks new. The book cover has no visible wear, and the dust jacket is included if applicable. No missing or damaged pages, no tears, possible very minimal creasing, no underlining or highlighting of text, and no writing in the margins.