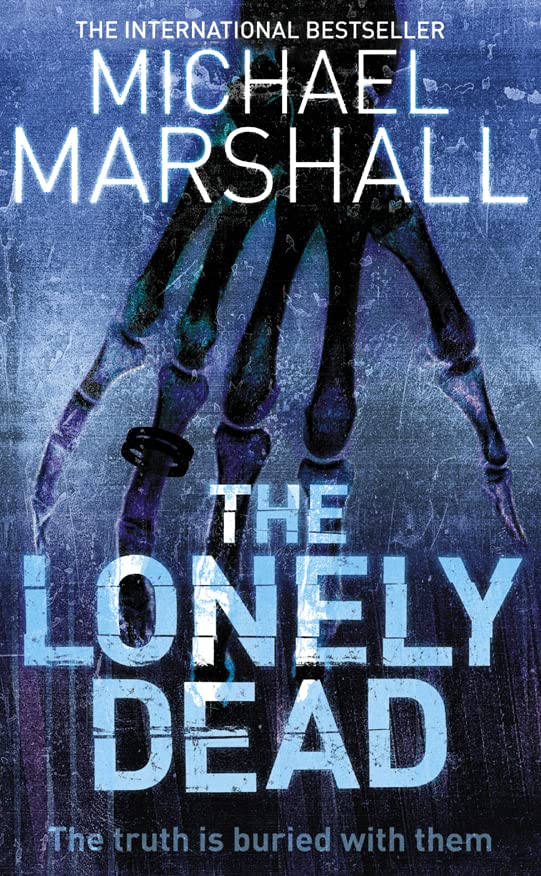 The Lonely Dead
by Michael Marshall

An electrifying thriller from the author of the international bestsellerThe Straw Men.

An electrifying thriller from the author of the international bestsellerThe Straw Men.

A guilty man walks alone into the cold mountain forests of Washington State, aiming never to return. What he finds there starts a chain of events that will quickly spiral out of control.

Meanwhile in Los Angeles a woman's body is discovered, sitting bolt upright in a motel bedroom. She is dead, and her killer has left his mark. It soon becomes clear he has something to say, and a lot more work to do.

And Ward Hopkins, an ex-CIA agent recovering from the recent shocking death of his parents, is on the trail of his past, tracking down the men who destroyed everything he once held dear, and the murderer whose face he sees every time he looks in the mirror.

These three are ominous strands in a web of deadly secrets, roads to a dark history that should never have been told. There are people who will do anything to protect it. Anything at all. It's not a matter of who dies. We're all going to die.

What matters is who dies last.

`Marshall is a cracker at writing tense, rich scenes' Observer

`The writing is assured and the plot carefully calibrated' Guardian

`Just when you think there's nothing new under the sun in the world of the suspense novel, along comes one hell of a nasty spider called The Straw Men. It's brilliantly written and scary as hell. Be the first on your block to stay up all night with this one; it's a masterpiece, reminding us that even paranoids really do have enemies.' STEPHEN KING

'A staggering, suspenseful journey through the darkness of American crime ... succeeds in revitalising the serial killer novel with assured gusto... A new beginning for a major British writer, whose crime debut instantly moves him into the Thomas Harris division' Guardian

`Brilliantly plotted, stunningly written ... I read this in one go ... if this isn't a hit, I am a monkey's uncle. And I don't think I am'. Independent on Sunday

Michael Marshall is a full-time writer. His novels include The Straw Men and Only Forward, and he also writes short stories and screenplays. Two of his earlier novels written under the name of Michael Marshall Smith, Spares and One of Us, have been optioned by major Hollywood studios. He lives in North London with his wife.

GOR000830326
The Lonely Dead (The Straw Men Trilogy, Book 2) by Michael Marshall
Michael Marshall
The Straw Men Trilogy
Used - Very Good
Paperback
HarperCollins Publishers
2004-08-14
496
0007163959
9780007163953
N/A
Book picture is for illustrative purposes only, actual binding, cover or edition may vary.
This is a used book - there is no escaping the fact it has been read by someone else and it will show signs of wear and previous use. Overall we expect it to be in very good condition, but if you are not entirely satisfied please get in touch with us.