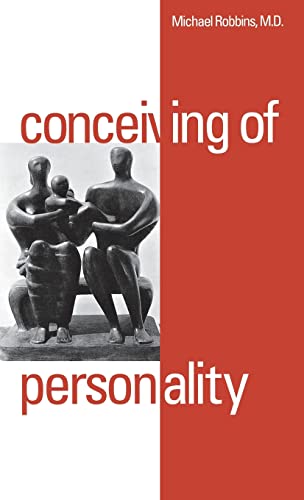 Conceiving of Personality
by Michael Robbins

Out of Stock
$25.99
inc. GST
As part of the quest to comprehend the essence of human nature, this work proposes an approach that draws on psychoanalysis but is shaped by awareness of the limits that the particular circumstances of the origins of psychoanalysis impose on its claims to be a universal theory.
Very Good
Only 0 left

Conceiving of Personality by Michael Robbins

The quest to comprehend the essence of human nature is as old as the capacity for reflective thought. In this provocative book, Dr. Michael Robbins proposes a new approach that draws upon psychoanalysis but is shaped by awareness of the limits that the particular circumstances of historical epoch, Western culture, male gender, and modal population from which psychoanalysis was derived impose on its modernist claims to being a universal theory.

Dr. Robbins addresses these limitations from the perspective of philosophy of science, focusing on the paradigm shift from logical positivism, which seeks to reduce complexity and diversity to its presumptive causal building blocks, to the postmodern emphasis on pluralism and on relativistic, contextual, evanescent knowledge. He examines the implications of this shift for the disciplines that study human nature-neuroscience, psychoanalysis, gender studies, anthropology, and sociology. After considering whether typical personality has changed over historical time and studying the cross-cultural diversity of human nature, the relationship of gender to personality, the spectrum of personality variability within Western culture, and the relationship of the contextual embeddedness of the conceiver to his or her theory, he proposes a dialectical conception of personality based on systems and chaos theories that respects its multiple guises and circumstantial richness of content without abandoning the quest for universal principles of organization and development.

Michael Robbins, M.D., is an assistant clinical professor of psychiatry at Harvard Medical School and a faculty member at the Massachusetts Institute for Psychoanalysis and the Psychoanalytic Institute of Northern California. He is also the author of Experiences of Schizophrenia: An Integration of the Personal, Scientific, and Therapeutic.

GOR005927830
Conceiving of Personality by Michael Robbins
Michael Robbins
Used - Very Good
Hardback
Yale University Press
1996-10-01
224
0300064225
9780300064223
N/A
Book picture is for illustrative purposes only, actual binding, cover or edition may vary.
This is a used book - there is no escaping the fact it has been read by someone else and it will show signs of wear and previous use. Overall we expect it to be in very good condition, but if you are not entirely satisfied please get in touch with us.