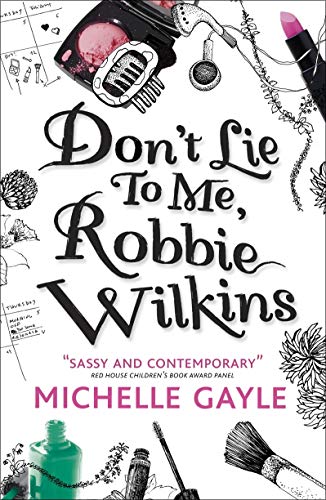 Don't Lie to Me, Robbie Wilkins
by Michelle Gayle

Don't Lie to Me, Robbie Wilkins by Michelle Gayle

Remy is fed up with her life. She's convinced that being a trainee beautician would be fine if it wasn't for Kara (aka the Feminazi) constantly looking down her nose at her. That living at home would be OK if she didn't have her warring parents to contend with (and if her elder sister Malibu wasn't quite such a boy-magnet). And that her social life would be a dream if only she could score a footballer. Then Remy does score a footballer: a hot one at that. But it turns out to be the start of a whole new set of troubles...

Fun, well-written and perfect summer reading for teens -- Natasha Harding * The Sun *
Gayle's debut is a fun read for today's female teens * Ink Pellet *
Aimed at readers aged 14+, this is a fun and light read for anyone who's ever dreamed of a glitzier lifestyle, or anyone who loves reading about lively, fashion-conscious and ultimately down-to-earth heroines. * Chicklish Blog *
I think it's a wonderful and empowering message to give to young girls, though it never feels like preaching or heavy-handed. A fun and empowering read! * Fluttering Butterflies *

Michelle Gayle is best known for her TV appearances, which began in the 1980s with children's drama Grange Hill, followed by EastEnders, before Michelle moved over to a glittering pop career that saw her achieve six top 20 hits and sell a million records, most successfully 1994 single "Sweetness". Michelle has since appeared on TV shows such as Reborn in the USA, Doctors, Holby City and The Games, and she starred opposite Ed Stoppard in 2006 film Joy Division. In recent years Michelle has presented on Loose Women and also taken part in reality TV shows Come Dine with Me and Dancing On Wheels. Michelle now lives with her husband and two sons in west London; this is her first novel.

GOR005362921
Don't Lie to Me, Robbie Wilkins by Michelle Gayle
Michelle Gayle
Used - Very Good
Paperback
Walker Books Ltd
2013-04-04
240
140634396X
9781406343960
N/A
Book picture is for illustrative purposes only, actual binding, cover or edition may vary.
This is a used book - there is no escaping the fact it has been read by someone else and it will show signs of wear and previous use. Overall we expect it to be in very good condition, but if you are not entirely satisfied please get in touch with us.