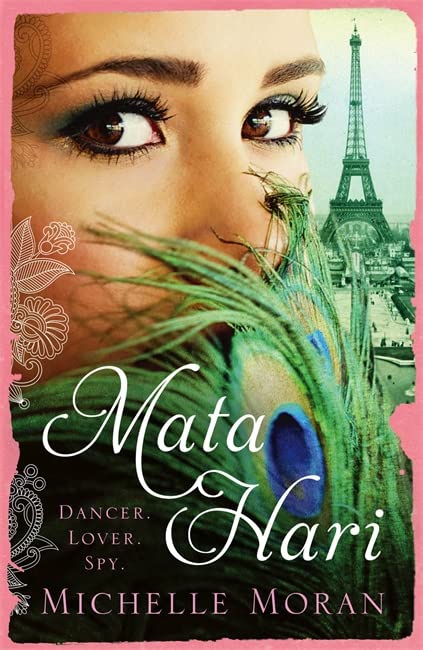 Paris, 1917. The notorious dancer Mata Hari sits in a cold cell awaiting freedom . . . or death. Alone and despondent, Mata Hari is as confused as the rest of the world about the charges she's been arrested on: treason leading to the deaths of thousands of French soldiers.

As Mata Hari waits for her fate to be decided, she relays the story of her life to a reporter who is allowed to visit her in prison. Beginning with her carefree childhood, Mata Hari recounts her father's cruel abandonment of her family as well her calamitous marriage to a military officer. Taken to the island of Java, Mata Hari refuses to be ruled by her abusive husband and instead learns to dance, paving the way to her stardom as Europe's most infamous exotic dancer.

Filled with fascinating historical details about a subject that is not often portrayed . . . Readers who have enjoyed Moran's previous works will not want to miss this * Library Journal on The Last Queen of India *
Beautifully written with captivating characters with whom the readers can admire and identify * Good Book Guide on The Last Queen of India *
Michelle Moran was born in California. While getting her Masters at Claremont Graduate University, Michelle published her first historical fiction novel, Jezebel. She has traveled around the world - including to Israel, where she participated in an archaeological dig that inspired her to begin writing historical fiction. She lives in Southern California.
GOR008689585
9781784292621
1784292621
Mata Hari by Michelle Moran
Michelle Moran
Used - Very Good
Paperback
Quercus Publishing
2017-04-06
368
N/A
Book picture is for illustrative purposes only, actual binding, cover or edition may vary.
This is a used book - there is no escaping the fact it has been read by someone else and it will show signs of wear and previous use. Overall we expect it to be in very good condition, but if you are not entirely satisfied please get in touch with us
Trustpilot