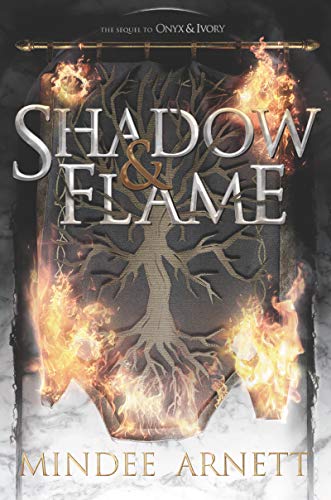 Out of Stock
$24.49
inc. GST
From acclaimed author Arnett comes the thrilling conclusion of the epic, action-packed, and romantic fantasy-adventure that began in "Onyx & Ivory" and "Polaris, " about a powerful girl possessed of strange magic, the outcast prince she loves, and the kingdom that has torn them apart.
Very Good
Only 0 left

They call her the Wilder Queen. It's a title given to Kate Brighton for her role in the war between the wilder rebellion and the Rimish empire. It's a title that was hard earned: Kate may have saved her people, but many were lost in the conflict, immortalized in the tattoos of fire that grace her arms.

And it's a title that Kate never wanted. The rebellion may have made a home for themselves in a country that wants to cast them out, but the peace will never be safe while Edwin, the illegitimate king of Rime, sits upon its throne. And for that, the Wilder Queen must keep hers.

Now war is brewing once again. Kate and her allies receive word of a threat to their ambassador in the Rimish capital; meanwhile, across the channel in Seva, an army is being assembled to conquer Rime-and a prisoner slave named Clash may hold the key to ending the conflict once and for all.

As enemies close in on Kate and Clash from all sides, they must choose where their loyalties lie-with their people, with their loved ones, or with themselves.

The epic story that began with Onyx & Ivory comes to a stunning conclusion as acclaimed author Mindee Arnett throws readers into a beautiful, terrifying world poised on a razor's edge in its struggle for survival.

Mindee Arnett is the acclaimed author of Onyx & Ivory and its sequel, Shadow & Flame, as well as Avalon and its sequel, Polaris. She lives on a horse farm in Ohio with her husband, two kids, a couple of dogs, and an inappropriate number of cats. You can find her online at www.mindeearnett.com.

GOR009969793
Shadow & Flame by Mindee Arnett
Mindee Arnett
Used - Very Good
Hardback
HarperCollins Publishers Inc
2019-05-20
496
0062652699
9780062652690
N/A
Book picture is for illustrative purposes only, actual binding, cover or edition may vary.
This is a used book - there is no escaping the fact it has been read by someone else and it will show signs of wear and previous use. Overall we expect it to be in very good condition, but if you are not entirely satisfied please get in touch with us.