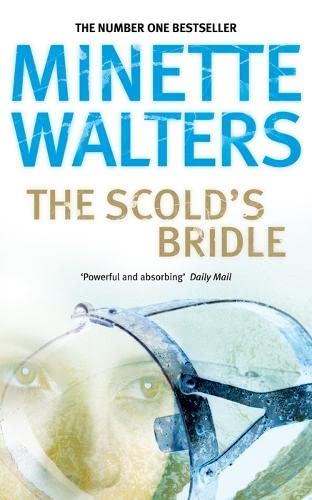 The Scold's Bridle
by Minette Walters

In Stock
$11.49
+10% GST
Winner of the CWA Gold Dagger Award for Best Crime Novel of the Year
Very Good
Only 2 left

The Scold's Bridle by Minette Walters

I wonder if I should keep these diaries under lock and key. Jenny Spede has disturbed them again . . . What does she make, I wonder, of an old woman, deformed by arthritis, stripping naked for a young man? The pills worry me more. Ten is such a round number to be missing . . .

Mathilda Gillespie's body was found nearly two days after she had taken an overdose and slashed her wrists with a Stanley knife. But what shocked Dr Sarah Blakeney the most was the scold's bridle obscuring the dead woman's face, a metal contraption grotesquely adorned with a garland of nettles and Michaelmas daisies. What happened at Cedar House in the tortured hours before Mathilda's death?

The police assume that the coroner will return a verdict of suicide. Only Dr Blakeney, it seems, doubts the verdict. Until it is discovered that Mathilda's diaries have disappeared . . .

`An atmosphere of tantalizing, overpowering menace . . . The tradition of the English whodunnit has passed into the safe hands and dangerous imagination of Minette Walters' The Times

GOR001666929
The Scold's Bridle by Minette Walters
Minette Walters
Used - Very Good
Paperback
Pan Macmillan
1995-05-05
464
0330336630
9780330336635
Winner of CWA Gold Dagger for Fiction 1994
Book picture is for illustrative purposes only, actual binding, cover or edition may vary.
This is a used book - there is no escaping the fact it has been read by someone else and it will show signs of wear and previous use. Overall we expect it to be in very good condition, but if you are not entirely satisfied please get in touch with us.