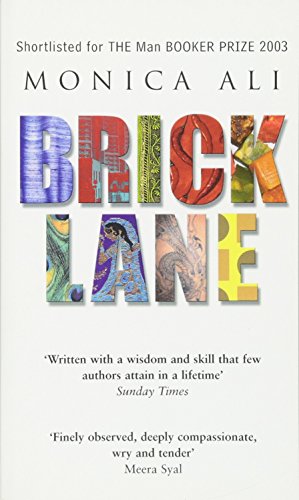 In Stock
$13.69
inc. GST
'Focusing on a cross-section of the Bangladeshi community in Tower Hamlets, a community all but invisible to the rest of London, Ali's novel is warm, shrewd, startling, and hugely readable; the sort of book you race through greedily.' OBSERVER
Very Good
Only 1 left

Set in Tower Hamlets, this contemporary novel of the life of an Asian immigrant girl draws you into a highly affecting world of love, fate and cultural conflict. It is the debut of a writer of huge talent.Still in her teenage years, Nazneen finds herself in an arranged marriage with a disappointed man who is twenty years older. Away from the mud and heat of her Bangladeshi village, home is now a cramped flat in a high-rise block in London's East End. Nazneen knows not a word of English, and is forced to depend on her husband. But unlike him she is practical and wise, and befriends a fellow Asian girl Razia, who helps her understand the strange ways of her adopted new British home.Nazneen keeps in touch with her sister Hasina back in the village. But the rebellious Hasina has kicked against cultural tradition and run off in a 'love marriage' with the man of her dreams. When he suddenly turns violent, she is forced into the degrading job of garment girl in a cloth factory.Confined in her flat by tradition and family duty, Nazneen also sews furiously for a living, shut away with her buttons and linings - until the radical Karim steps unexpectedly into her life. On a background of racial conflict and tension, they embark on a love affair that forces Nazneen finally to take control of her fate.Strikingly imagined, gracious and funny, this novel is at once epic and intimate. Exploring the role of Fate in our lives - those who accept it; those who defy it - it traces the extraordinary transformation of an Asian girl, from cautious and shy to bold and dignified woman.An immensely resonant drama from a brave and fierce new literary talent - a writer who is set to become a significant new name for years to come.

Monica Ali was born in Dhaka, Bangladesh, and grew up in England. She is one of Granta's Best of Young British Novelists of the decade, Newcomer of the Year at the 2004 British Book Awards and has been nominated for most of the major literary prizes in Britain. BRICK LANE was shortlisted for the Booker Prize, the George Orwell Prize for political writing and the prestigious Commonwealth Writers' Prize.

Internationally there has been similar recognition including, in the United States, the National Book Critics Circle Award and the Los Angeles Times 'First Fiction' Prize where the book was shortlisted.

Monica Ali lives in London with her husband and two children.

GOR006019757
Brick Lane by Monica Ali
Monica Ali
Used - Very Good
Paperback
Transworld Publishers Ltd
2003-10-01
496
0552151599
9780552151597
Short-listed for Booker Prize for Fiction 2003 Short-listed for Guardian First Book Award 2003
Book picture is for illustrative purposes only, actual binding, cover or edition may vary.
This is a used book - there is no escaping the fact it has been read by someone else and it will show signs of wear and previous use. Overall we expect it to be in very good condition, but if you are not entirely satisfied please get in touch with us.