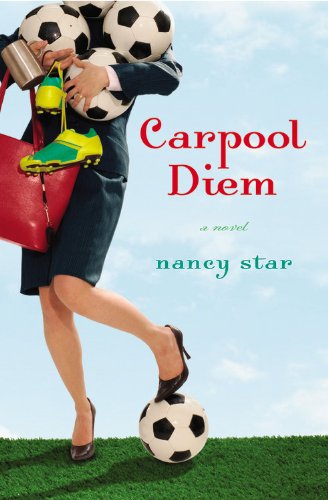 In Stock
$13.49
+10% GST
I DON'T KNOW HOW SHE DOES IT meets the soccer mom set in this tale of a professional mom who loses her job and finds herself caught up in the kiddie soccer craze.
Very Good
Only 3 left

Annie Fleming's family has adjusted well to her hard driving career. How could they not? Annie keeps her husband, daughter and babysitter in line with typed, edited and proofed To-Do and Not-To-Do lists. (No TV on school nights, please!).
But when an obnoxious co-worker conspires to force Annie out of her job, she finds herself not only out of work, but face-to-face with a family that isn't quite as well adjusted as she'd thought. For one thing, husband Tim has been travelling more than usual, and he's not always where he says he'll be. Worse, daughter Charlotte is showing little interest in joining the Lightning Bolts - a legendary, elite, work-till-you-drop soccer team run by Winslow West, a man who dreams of the Olympic gold his young charges will someday win for him. How could Annie, undefeated even when unemployed, have a daughter with a quitting attitude? Now, Annie is determined to do whatever it takes to get Charlotte on the A team, but the soccer sidelines turn out to be more cutthroat than the corporate boardroom ever was.
Is it possible Annie's 'Plan Hard/Work Hard' credo isn't the key to success after all?

A winning story! Readers will cheer as Annie helps her family get off the sidelines and into the game of life. * Jane Porter *

Nancy Star is a former movie exec turned novelist. She has spent at least a year of Sundays standing on the sidelines at her daughters' soccer games, but never once, in all that time, did she ever yell, 'Attack', 'Get her', or 'Kill them'.

GOR008826312
Carpool Diem by Nancy Star
Nancy Star
Used - Very Good
Paperback
Little, Brown & Company
2008-03-13
336
0446581828
9780446581820
N/A
Book picture is for illustrative purposes only, actual binding, cover or edition may vary.
This is a used book - there is no escaping the fact it has been read by someone else and it will show signs of wear and previous use. Overall we expect it to be in very good condition, but if you are not entirely satisfied please get in touch with us.