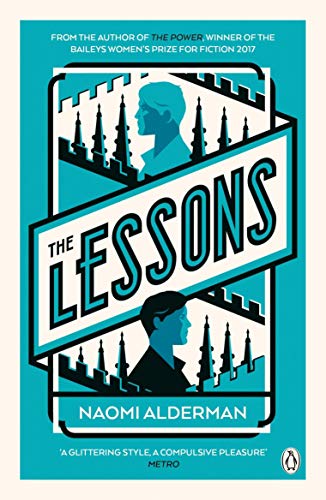 The Lessons
by Naomi Alderman

In Stock
$12.49
+10% GST
Hidden away in an Oxford back street is a crumbling Georgian mansion, unknown to any but the few who possess a key to its unassuming front gate. Its owner is the mercurial, charismatic Mark Winters, whose rackety trust-fund upbringing has left him as troubled and unpredictable as he is wildly promiscuous.
Very Good Good
7 in stock

The Lessons by Naomi Alderman

From the author of The Power, winner of the Baileys Women's Prize for Fiction 2017

James, always the outsider, enters Oxford - high seat of privilege, wealth and ambition. There he meets Mark Winters - dissolute, astonishingly, heartbreakingly rich, and pitilessly cruel - and the fellow students he has gathered around him: untouchable Emmanuella; on-again/off-again Simon and Franny; and passionate, true Jess.

The nights - and many of the days - become one long party. Friendships are made, and broken. Lovers swapped, or dropped. It is all beguiling and bewitching. Everything James dreamed of but never quite believed in.

But after university they are each cast out into an indifferent world. Free of Mark and his dark influence, they are lost to one another, until one night tragedy strikes . . .

A world as beautiful and sinister as any in a fairytale. A pleasure to read * Independent *
A glittering style, a compulsive pleasure. A seductive homage to Donna Tartt and Brideshead Revisited * Metro *
Remarkable. Alderman is a supremely talented writer * Joanne Harris *

Naomi Alderman is the author of four novels. In 2006 she won the Orange Award for New Writers and in 2007 she was named Sunday Times Young Writer of the Year, as well as being selected as one of Waterstones' 25 Writers for the Future. All of her novels have been broadcast on BBC Radio 4's Book at Bedtime. In 2013 she was selected for the prestigious Granta Best of Young British Writers. She lives in London.

GOR002833501
The Lessons by Naomi Alderman
Naomi Alderman
Used - Very Good
Paperback
Penguin Books Ltd
2011-05-03
288
0141025964
9780141025964
N/A
Book picture is for illustrative purposes only, actual binding, cover or edition may vary.
This is a used book - there is no escaping the fact it has been read by someone else and it will show signs of wear and previous use. Overall we expect it to be in very good condition, but if you are not entirely satisfied please get in touch with us.