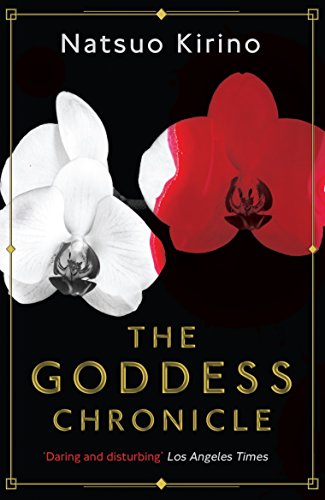 The Goddess Chronicle
by Natsuo Kirino

Used Price
20,49 $
inc. GST
Free Shipping in Australia
My name is Namima. I was barely sixteen when I died. Now I make my home among the dead, here in this realm of darkness . . .
Like New

The Goddess Chronicle by Natsuo Kirino

On an island the shape of a tear drop live two sisters.

One is the Oracle, the other is damned.

One is admired far and wide.

The other must sacrifice her life to fulfil her destiny.

But what will happen when she returns to the island for revenge?

Daring and disturbing . . . [Kirino is] prepared to push the human limits of this world . . . Remarkable * * Los Angeles Times * *
It is one of the most unexpected and playful novels to emerge from Japan in recent years . . . a triumph. In its boldness and originality, it broadens our sense of what modern Japanese fiction can be -- (for Real World) * * Telegraph * *
Be prepared for a book utterly unlike anything we are used to in crime fiction -- (for Real World) * * Independent * *
Got my heart beating -- (for Out) Rose Tremain * * Daily Telegraph * *
In her wildly far-reaching tale of relations between gods and men, men and women, life and death, darkness and light, Natsuo Kirino tells a peripatetic, global, and truly satisfying love story of how it is to be human * * Stella Duffy * *
Kirino's retelling is a taut, disturbing and timeless tale, filled with rage and pathos for the battles that women have to fight every day, battles which have, apparently, existed from the moment of creation -- Tan Twan Eng * * the Guardian * *

Natuso Kirino is a leading figure in the recent boom of female writers of Japanese hard-boiled crime fiction. A prolific writer, she is most famous for her 1998 novel, Out, which received the Grand Prix for Crime Fiction, Japan's top mystery award and was a finalist (in translation) for the 2004 Edgar Award. So far, four of her novels have been translated into English: Out, Grotesque, Real World and What Remains.

Rebecca Copeland is a professor of Japanese literature at Washington University in St. Louis, Missouri, where her research and teaching focuses on women, gender, and translation studies. A fan of Natsuo Kirino's work, she also translated her 2003 novel Grotesque

GOR009231698
The Goddess Chronicle by Natsuo Kirino
Natsuo Kirino
Used - Like New
Paperback
Canongate Books Ltd
2005-03-14
320
1782111603
9781782111603
N/A
Book picture is for illustrative purposes only, actual binding, cover or edition may vary.
The book has been read, but looks new. The book cover has no visible wear, and the dust jacket is included if applicable. No missing or damaged pages, no tears, possible very minimal creasing, no underlining or highlighting of text, and no writing in the margins.