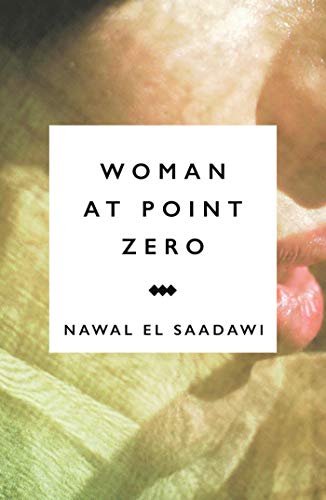 The story of Firdaus, one of the greatest characters ever created in fiction.

'An unforgettable, unmissable book for the new global feminist.'
The Times

'All the men I did get to know filled me with but one desire: to lift my hand and bring it smashing down on his face.'

So begins Firdaus's remarkable story of rebellion against a society founded on lies, hypocrisy, brutality and oppression. Born to a peasant family in the Egyptian countryside, Firdaus struggles through childhood, seeking compassion and knowledge in a world which gives her little of either. As she grows up and escapes the fetters of her childhood, each new relationship teaches her a bitter but liberating truth - that the only free people are those who want nothing, fear nothing and hope for nothing.

This classic novel has been an inspiration to countless people across the world. Saadawi's searing indictment of society's brutal treatment of women continues to resonate today.

'An unforgettable, unmissable book for the new global feminist.'
The Times

'Nawal El Saadawi writes with directness and passion, transforming the systematic brutalisation of peasants and of women in to powerful allegory'
New York Times

'This novella opened my eyes to the ideas of power structures.'
Ailah Ahmed, Stylist

'This book will look you dead in the eye... I thoroughly recommend this book because it will make you examine the ways in which people in impossible situations can retain dignity and control over themselves. Read it wide-eyed.'
Books By Broads

'Leaves an indelible mark. This is a tale of injustice, inequality and sheer bad luck - written with such grace and skill as to be on a part with the finest literature of this or any era - haunting, poetic and fiercely relevant.'
Scott Pack, The Friday Project

'This extraordinary novel, written with such compassion, forces us to the edge, and deep inside what must be one of the worst tales of women's oppression while somehow managing to inspire hope, if only through the courage of Nawal El Saadawi for being one of the first to tell this story to the world.'
Jacqueline Rose

'Simple, but sharp and infuriating... Woman at Point Zero is the story of one Arab woman, but it reads as if it is every woman's life.'
Spare Rib

'The most influential feminist thinker in the Arab world over the past half-century.'
Financial Times

'Woman at Point Zero should begin the long march towards a realistic and sympathetic portrayal of Arab women.'
Middle East International

'El Saadawi has a flair for melodrama and mystery.'
International Journal of Middle East Studies

Nawal El Saadawi is an internationally renowned writer, novelist and fighter for women's rights both within Egypt and abroad. She holds honorary doctorates from, among others, the universities of York, Illinois at Chicago, St Andrews and Tromso as well as Universidad Nacional Autonoma de Mexico.

Her many prizes and awards include the Premi Internacional Catalunya in 2003, the Council of Europe North-South Prize in 2004, the Women of the Year Award (UK) in 2011, the Sean MacBride Peace Prize (Ireland) in 2012, and the French National Order of Merit in 2013. Her books have been translated into over forty languages worldwide. They are taught in universities across the world.

GOR010448048
Woman at Point Zero by Nawal El Saadawi
Nawal El Saadawi
Used - Like New
Paperback
Zed Books Ltd
2015-10-08
160
1783605944
9781783605941
N/A
Book picture is for illustrative purposes only, actual binding, cover or edition may vary.
The book has been read, but looks new. The book cover has no visible wear, and the dust jacket is included if applicable. No missing or damaged pages, no tears, possible very minimal creasing, no underlining or highlighting of text, and no writing in the margins
Trustpilot