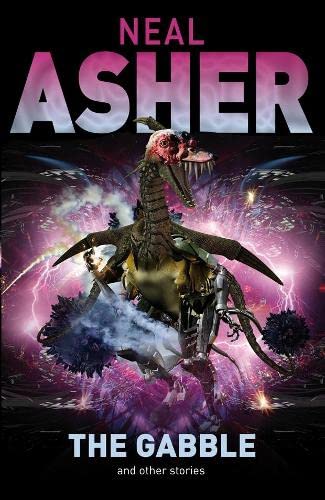 The Gabble - And Other Stories
by Neal Asher

In Stock
$22.99
inc. GST
Scar the wits out of yourself with the ultimate in hardcore science fiction
Very Good
7 in stock

The Gabble - And Other Stories Summary

The Gabble - And Other Stories by Neal Asher

In the eight years since his first full-length novel Gridlinked was published by Pan Macmillan, Neal Asher has firmly established himself as one of the leading British writers of Science Fiction, and his novels are now translated in many languages. Most of his stories are set in a galactic future-scape called `The Polity', and with this collection of marvellously inventive and action-packed short stories, he takes us further into the manifold diversities of that amazing universe.

No one does monsters better than Neal Asher, so be prepared to revisit the lives and lifestyles of such favourites as the gabbleduck and the hooder, to savour alien poisons, the walking dead, the Sea of Death, and the putrefactor symbiont.

Through these thirteen stories, welcome to a universe of unbridled imagination, each one of them a delight in itself.

GOR001516149
The Gabble - And Other Stories by Neal Asher
Neal Asher
Used - Very Good
Hardback
Pan Macmillan
2008-11-07
352
0230709257
9780230709256
N/A
Book picture is for illustrative purposes only, actual binding, cover or edition may vary.
This is a used book - there is no escaping the fact it has been read by someone else and it will show signs of wear and previous use. Overall we expect it to be in very good condition, but if you are not entirely satisfied please get in touch with us.