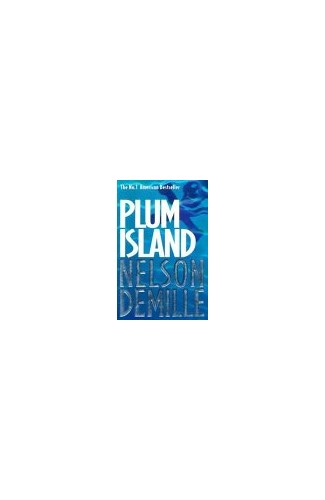 * First UK publication of a runaway No.1 American bestseller in hardback.
* A writer of nerve-shredding suspense and wry humour

NYPD homicide detective John Corey has moved into Long Island, restlessly recuperating from wounds received in the line of duty when he's hired to consult on the double murder of Tom and Judy Gordon, biologists who worked on Plum Island, the site of animal disease research for the Department of Agriculture. Were the Gordons murdered because they'd stolen some valuable new vaccine, or even a dreaded virus? They'd obviously outspent their income. Had they been running drugs? Corey doesn't think so, although and ice-chest missing from their boat points to something forbidden. He teams up with Beth Penrose, a detective working her first homicide, and their visit to Plum Island reveals only that the FBI and CIA have sanitized the place. Then Corey meets Emma Whitestone, an expert on Captain Kidd's lost treasure which is thought to be buried nearby...PLUM ISLAND is a thrilling novel from an author of consummate page-turning skill.

Nelson DeMille is one of America's most popular and bestselling authors, and a new book from him is a keenly awaited event. A former US Army lieutenant who served in Vietnam, he is the author of nine acclaimed novels. He lives in Long Island, New York.

GOR003599784
Plum Island: Number 1 in series by Nelson DeMille
Nelson DeMille
Used - Well Read
Paperback
Little, Brown & Company
1998-02-05
528
0316642398
9780316642392
N/A
Book picture is for illustrative purposes only, actual binding, cover or edition may vary.
This is a used book - there is no escaping the fact it has been read by someone else and it will show signs of wear and previous use. Overall we expect it to be in very good condition, but if you are not entirely satisfied please get in touch with us.