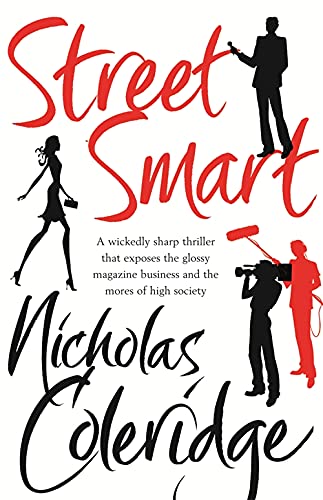 Used Price
$13.69
inc. GST
Free Shipping in Australia
When Saskia Thomson is found dead, her war-reporter brother fights to save the magazine she created. But the predators are closing in . . .
Reviews:
Trustpilot
Very Good

When Saskia Thomson is found dead, her war-reporter brother fights to save the magazine she created. But the predators are closing in . . .

Saskia Thomson is the most glamorous, successful, talked-about magazine editor in the world. Her creation, STREETSMART, is on a roll, building a circulation that exceeds even VANITY FAIR or VOGUE, with its combination of celebrity gossip, glossy fashion and serious investigative journalism. Then Saskia is found dead. Her brother Max is left holding the babies - STREETSMART and Saskia's nine-year-old hyperactive son Cody.

As a war photographer, neither of these duties are ones he feels particularly qualified to fulfil. But before long Max finds himself fighting to save the magazine. The predators are closing in - and Max soon discovers that Guerrilla warfare in Eritrea is nothing compared to this ...

Nicholas Coleridge is managing director of Conde Nast in Britain, the magazine publishing house that includes Vogue, Tatler, House & Garden and Vanity Fair. He is the author of four previous novels and lives in London. He is married with four children.

GOR000604476
Streetsmart by Nicholas Coleridge
Nicholas Coleridge
Used - Very Good
Paperback
Orion Publishing Co
2000-07-15
432
0752834266
9780752834269
Short-listed for WH Smith Thumping Good Read Award 2000
Book picture is for illustrative purposes only, actual binding, cover or edition may vary.
This is a used book - there is no escaping the fact it has been read by someone else and it will show signs of wear and previous use. Overall we expect it to be in very good condition, but if you are not entirely satisfied please get in touch with us.