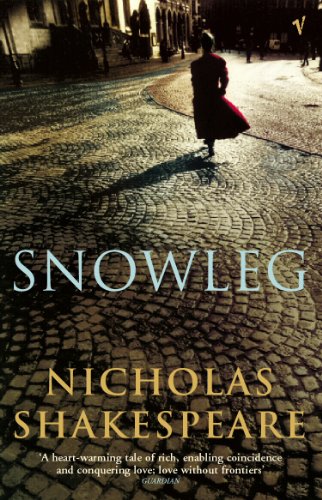 In Stock
$16.49
inc. GST
A young Englishman visits Cold War Leipzig with a group of students and falls for an East German girl who is only just beginning to wake up to the way her society is governed.
Very Good Good
Only 2 left

A young Englishman visits Cold War Leipzig with a group of students and falls for an East German girl who is only just beginning to wake up to the way her society is governed. Her situation touches him, but he is too frightened to help. He spends decades convincing himself that he is not in love until one day, with Germany now reunited, he decides to go back and look for her. But who was she, how will his actions have affected her, and how will her find her? All he knows of her identity is the nickname he gave her - Snowleg. Snowleg is a powerful love story that explores the close, fraught relationship between England and Germany, between a man who grows up believing himself to be a chivalrous English public schoolboy and a woman who tries to live loyally under a repressive regime.

"This novel is one of the finest attempts in English to convey something of two very strange places which no longer appear on the map of Europe... Shakespeare has told a very skilful story" * Evening Standard *
"Offers more than high romance: it is a portrait, and a good one, of the East Germany of the Stasi, with its bleakly beautiful landscapes, its casual betrayals, and its subtle capacity to dehumanise" * Daily Telegraph *
"His finest book yet. Beautifully written, rich in character, it displays all the courage for which its hero so desperately wants to be recognised" * Economist *
"A heart-warming tale of rich, enabling coincidence and conquering love; love without frontiers" * Guardian *
"Elegant metaphors, striking insights, eidetic settings and sensitive renditions of character - Shakespeare's writing is of a high order. Impressive" * Time Out *

GOR000832150
Snowleg by Nicholas Shakespeare
Nicholas Shakespeare
Used - Very Good
Paperback
Vintage Publishing
2005-01-03
400
0099466090
9780099466093
N/A
Book picture is for illustrative purposes only, actual binding, cover or edition may vary.
This is a used book - there is no escaping the fact it has been read by someone else and it will show signs of wear and previous use. Overall we expect it to be in very good condition, but if you are not entirely satisfied please get in touch with us.