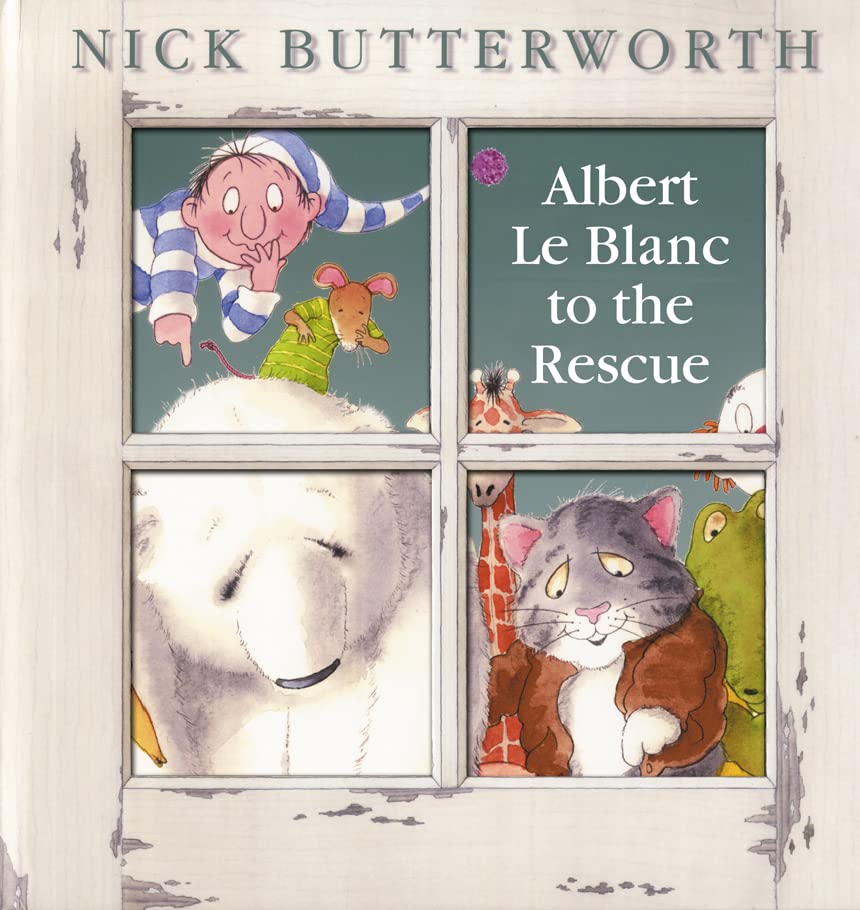 Albert Le Blanc to the Rescue
by Nick Butterworth

The long-awaited sequel to Albert le Blanc, from the highly-regarded creator of the Percy the Park Keeper books.

Albert Le Blanc to the Rescue by Nick Butterworth

The long-awaited sequel to Albert le Blanc, from the highly-regarded creator of the Percy the Park Keeper books.

Albert le Blanc's friend, Sally the toy hippo, has been bought by a little girl. Every day, they walk past the shop and Sally gives Albert a wink, as he sits in the window. Albert waves back and wonders if he will ever be chosen as a child's best friend.

The, one day - disaster - Sally tumbles out of the girl's rucksack and is snatched away by a stranger before anyone can stop them. Stuck inside the toy shop, not daring to move, it seems there is nothing Albert can do to help his friend...

Will there be a happy ending for Sally? And, will there ever be a happy new home for Albert?

A lovely book to share at bedtime
`Children's Book News'

...look no further for the best present for any child from two to six
`Susan Hill, The Sunday Times'

It's good for reading aloud to under-fives, and later the six-pluses will still want to read it themselves
`The Independent on Sunday'

Nick Butterworth was born in Kingsbury, North London. He has worked as a graphic designer for major London design consultancies. Nick then moved into freelance graphics and illustrations, working in partnership with three others, including Mick Inkpen. In 1981 his first children's book was published, B. B. Blacksheep and Company. Nick has also worked as a television presenter on the children's programme Rub-a-Dub-Tub.

GOR001937312
Albert Le Blanc to the Rescue by Nick Butterworth
Nick Butterworth
Used - Very Good
Hardback
HarperCollins Publishers
2007-10-01
32
0007259255
9780007259250
N/A
Book picture is for illustrative purposes only, actual binding, cover or edition may vary.
This is a used book - there is no escaping the fact it has been read by someone else and it will show signs of wear and previous use. Overall we expect it to be in very good condition, but if you are not entirely satisfied please get in touch with us.