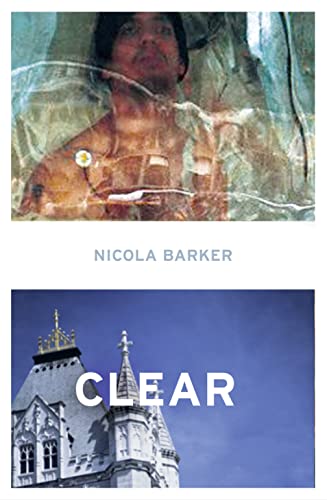 Longlisted for the 2004 Man Booker Prize. A raucous, novel about the circus surrounding David Blaine's starvation stunt at Tower Bridge, from a Granta Best of British Novelist.

Longlisted for the 2004 Man Booker Prize. A raucous, novel about the circus surrounding David Blaine's starvation stunt at Tower Bridge, from a Granta Best of British Novelist.

On 5th September 2003, New York Illusionist David Blaine entered a small perspex box adjacent to the River Thames and commenced starving himself. Forty-four days later - on 19th October - he left the box, four stone lighter. That much, at least, is clear.

And the rest? The crowds? The chaos? The hype? The rage? The rows? The lust? The filth? The bullshit? The hypocrisy?

Nicola Barker fearlessly crams all that and more into this ribald and outrageous peep show of a novel, her most irreverent, caustic, up-to-the-minute work yet, laying bare the heart of our contemporary world, a world of illusion, delusion, celebrity and hunger.

`Compelling. Barker's narrative draws us in with the disturbing, surreal touch of a latter-day Lewis Carroll' Sunday Times

'Barker's eccentrics are the stuff of pure farce. And they allow her to reinvent, joyously, the cogs, gears and mechanics of the genre. She knows, as Wodehouse also knew, how to rev up the language, do baroque variations on a phrase, even break into a kind of poetry' New York Times

'Dazzling... She celebrates the complexity of human experience' The Times

`Nicola Barker's linguistic exuberance got me hooked ... Like an angel dancing on the head of a pin, she takes a brief event in the crowded capital and uses it to whoop and whirl ... impressive, smart, funny, fast' Observer

'Insanely inventive. Her vision of a marginal Britain populated by drifters and desperados is fired by a comic energy that dances on the edge of self-combustion' Guardian

GOR000787789
Clear by Nicola Barker
Nicola Barker
Used - Very Good
Paperback
HarperCollins Publishers
2005-07-04
352
0007193610
9780007193615
N/A
Book picture is for illustrative purposes only, actual binding, cover or edition may vary.
This is a used book - there is no escaping the fact it has been read by someone else and it will show signs of wear and previous use. Overall we expect it to be in very good condition, but if you are not entirely satisfied please get in touch with us.