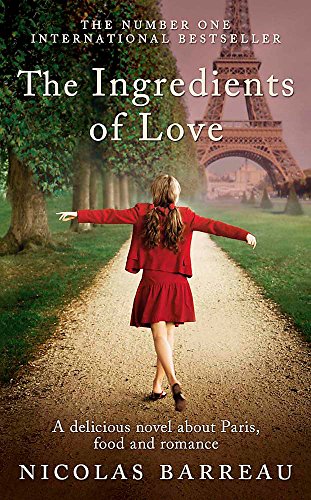 The Ingredients of Love by Nicolas Barreau

Fall in love with a delicious novel about Paris, food and romance.

The Ingredients of Love by Nicolas Barreau

The day begins like any other Saturday for beautiful Parisian restaurateur Aurelie Bredin, until she wakes up to find her apartment empty - her boyfriend gone off with another woman.

Heartbroken, Aurelie walks the streets of Paris in the rain, finally seeking refuge in a little bookshop in the Ile Saint-Louis, where she's drawn to a novel titled The Smiles of Women by obscure English author Robert Miller. She buys it and takes it home, but when she begins to read she's astonished: The Smiles of Women can't possibly be about her restaurant, about her. Except, it is.

Flattered and curious to know more, Aurelie attempts to get in touch with the reclusive Mr Miller, but it proves to be a daunting task. His French publishers seem determined to keep his identity secret, and while the Editor-in-Chief Andre Chabanais is happy to give Aurelie his time, he seems mysteriously unwilling to help her find her author.

Is Robert Miller really so shy, or is there something that Andre isn't telling Aurelie?

Nicolas Barreau is both the name of an acclaimed Parisian writer of mixed parentage, who studied at the Sorbonne and worked in a bookshop on the Rive Gauche... and a pseudonym concealing the identity of a mysterious literary figure, unreachable except through his editor.
GOR004718680
The Ingredients of Love by Nicolas Barreau
Nicolas Barreau
Used - Very Good
Paperback
Quercus Publishing
2013-04-11
288
1848662459
9781848662452
N/A
Book picture is for illustrative purposes only, actual binding, cover or edition may vary.
This is a used book - there is no escaping the fact it has been read by someone else and it will show signs of wear and previous use. Overall we expect it to be in very good condition, but if you are not entirely satisfied please get in touch with us
Trustpilot