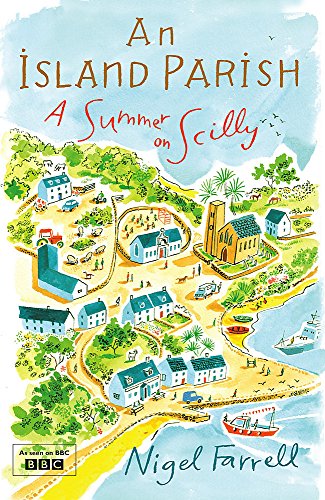 An Island Parish
by Nigel Farrell

In Stock
$19.99
inc. GST
Story of a make-or-break summer for the people of Scilly, tying in to the primetime BBC2 series 'An Island Parish'
Very Good Good Well Read
5 in stock

An Island Parish: A Summer on Scilly by Nigel Farrell

The Scilly Isles, one of the most remote parts of England, are in crisis. With the small population constantly leaving the islands for the mainland, those left behind are having to work harder and harder to make a living, and this summer is crunch time for many of them.

Nigel Farrell is our guide through a community he has grown to know and love, filming the islanders over the last two years for the popular BBC2 series 'An Island Parish'. He introduces us to Father Guy, the new priest; another newcomer, Heike, the islands' German vet and Plymouth policewoman Nikki, who set some hearts aflutter on her summer placement last year.

With a cast of fascinating characters and a beautiful setting, this is the story of the events of summer in an idiosyncratic world that is slipping away. Come August Bank Holiday, how will the islanders have fared?

Nigel Farrell is a veteran television producer who has worked on all six series of the 'Parish' brand - 'A Country Parish', 'A Seaside Parish' and 'An Island Parish'. He is also known on screen as Nigel in 'A Place in France'.

GOR000964831
An Island Parish: A Summer on Scilly by Nigel Farrell
Nigel Farrell
Used - Very Good
Paperback
Headline Publishing Group
2008-01-24
288
0755317645
9780755317646
N/A
Book picture is for illustrative purposes only, actual binding, cover or edition may vary.
This is a used book - there is no escaping the fact it has been read by someone else and it will show signs of wear and previous use. Overall we expect it to be in very good condition, but if you are not entirely satisfied please get in touch with us.