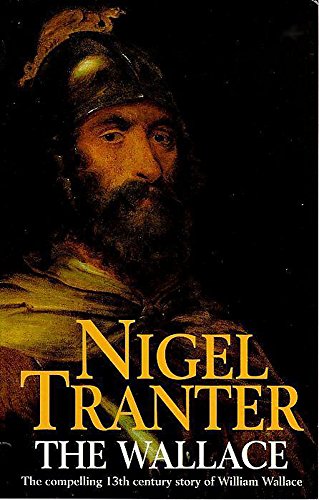 The Wallace
by Nigel Tranter

The Wallace by Nigel Tranter

At the end of the 13th century, Scotland was a blood-torn country suffering under the harsh domination of a tyrant usurper, the hated Plantagenet, Edward Longshanks. During the appalling violence of those unsettled days, one man rose to become leader of the Scots. That man was William Wallace.

Motivated at first by revenge for the slaughter of his father, Wallace vowed to cleanse his country of the English and set the rightful king, Robert the Bruce, upon the Scottish throne.

Though Wallace was a heroic figure, he was but a man - and his chosen path was to lead him through grievous danger and personal tragedy before the final outcome . . .

'One of Scotland's most prolific and respected writers' Times

GOR001046140
The Wallace by Nigel Tranter
Nigel Tranter
Used - Very Good
Paperback
Hodder & Stoughton General Division
1990-01-01
448
0340212373
9780340212370
N/A
Book picture is for illustrative purposes only, actual binding, cover or edition may vary.
This is a used book - there is no escaping the fact it has been read by someone else and it will show signs of wear and previous use. Overall we expect it to be in very good condition, but if you are not entirely satisfied please get in touch with us.