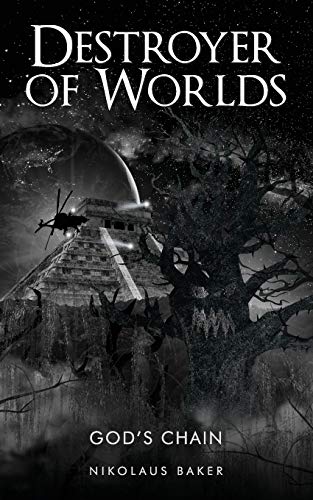 DESTROYER OF WORLDS by Nikolaus Baker

DESTROYER OF WORLDS. Man's reign is through. Universal laws are breaking in the cosmos with the coming of the dark lords to the world of man. It is they who intend to complete GOD'S CHAIN and become a God of gods, destroyer of worlds. Lord Smite comes from another world to take the link of power, conquer and then consume all life.