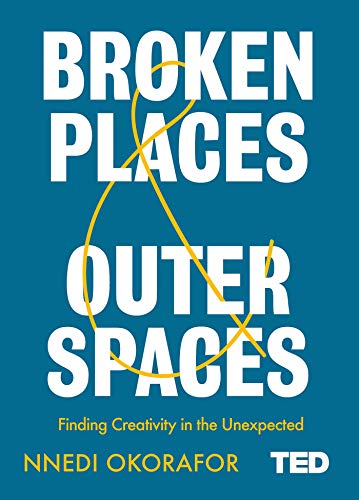 Used Price
$102.99
inc. GST
Free Shipping in Australia
Following her journey from star athlete to sudden paralysis to creative awakening, acclaimed sci-fi writer Nnedi Okorafor reveals that what we perceive as limitations have the potential to become our greatest strengths, and that creativity often springs from the broken places.
Like New Very Good

Nnedi Okorafor was never supposed to be paralyzed. A college track star and budding entomologist, Nnedi's lifelong battle with scoliosis was just a bump in her plan - something a simple surgery would easily correct.

But when Nnedi wakes from the surgery to find she can't move her legs, her entire sense of who she is begins to waver. Confined to a hospital bed for months, unusual things begin to happen. Psychedelic bugs crawl her hospital walls; strange dreams visit her nightly. She begins to feel as if she's turning into a cyborg. Unsure if she'll ever walk again, Nnedi begins to put these experiences into writing, conjuring up strange, fantastical stories.
What Nnedi discovers during her confinement would prove to be the key to her life as a successful science fiction writer: In science fiction, when something breaks, something greater often emerges from the cracks. While she may be bedridden, instead of stopping her journey Nnedi's paralysis opens up new windows in her mind, kindles her creativity and ultimately leads her to become more alive than she ever could have imagined.

Nnedi takes the reader on a journey from her hospital bed deep into her memories, from her painful first experiences with racism as a child in Chicago to her powerful visits to her parents' hometown in Nigeria, where she got her first inkling that science fiction has roots beyond the West. This was not the Africa that Nnedi knew from Western literature - an Africa that she always read was a place left behind. The role of technology in Nigeria opened her eyes to future-looking Africa: cable TV and cell phones in the village, 419 scammers occupying the cybercafes, the small generator connected to her cousin's desktop computer, everyone quickly adapting to portable tech devices due to unreliable power sources. Nnedi could see that Africa was far from broken, as she'd been taught, and her experience there planted the early seeds of sci-fi - a genre that speculates about technologies, societies, and social issues - from an entirely new lens.

In Broken Places & Outer Spaces, Nnedi uses her own experience as a jumping off point to follow the phenomenon of creativity born from hardship. From Frida Kahlo to Mary Shelly, she examines great artists and writers who have pushed through their limitations, using hardship to fuel their work. Through these compelling stories and her own, Nnedi reveals a universal truth: What we perceive as limitations have the potential to become our greatest strengths - far greater than when we were unbroken.

Nnedi Okorafor is an award-winning novelist of African-based science fiction, fantasy, and magical realism. Born in the US to Nigerian immigrant parents, Okorafor is known for weaving African cultures into creative settings and memorable characters. Her book, Who Fears Death has been optioned by HBO, with Game of Thrones' George R.R. Martin as executive producer. Okorafor is a full-time professor at the University at Buffalo, New York (SUNY).

GOR010019619
Broken Places & Outer Spaces by Nnedi Okorafor
Nnedi Okorafor
TED 2
Used - Like New
Hardback
Simon & Schuster Ltd
2019-07-25
112
1471185354
9781471185359
N/A
Book picture is for illustrative purposes only, actual binding, cover or edition may vary.
The book has been read, but looks new. The book cover has no visible wear, and the dust jacket is included if applicable. No missing or damaged pages, no tears, possible very minimal creasing, no underlining or highlighting of text, and no writing in the margins.