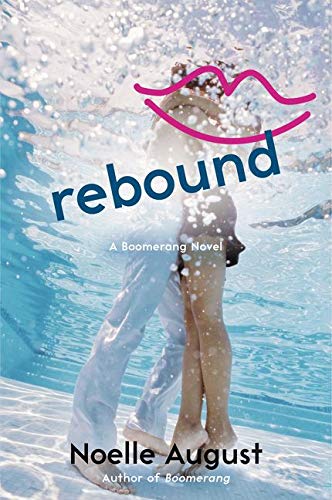 In Stock
$14.49
+10% GST
That means spearheading her father's plan to sink big money into Adam's company and launch it into the stratosphere-provided Adam has no skeletons in his closet.

When the two meet, their sizzling chemistry makes it tough to keep things strictly professional.

Hooking up is only the beginning of the fun in this sexy and irresistible second installment of the thrilling New Adult series, Boomerang. At Boomerang, one night can change everything...Adam Blackwood has it all. At twenty-two, he's fabulously wealthy, Ryan Gosling-hot and at the top of his game in the business world. His life is perfect, until a scandal from his past resurfaces and threatens to knock the tech wunderkind down and throw his company, Boomerang, a hook-up site for millennials, into chaos. Alison Quick, the twenty-one-year-old daughter of a business tycoon-and the very ex-girlfriend of Boomerang's former intern, Ethan-has a problem of her own. After nearly flunking out in her senior year of college, she has one chance to redeem herself to her father by proving that she deserves a place in his corporate empire. That means spearheading her father's plan to sink big money into Adam's company and launch it into the stratosphere-provided Adam has no skeletons in his closet. When the two meet, their sizzling chemistry makes it tough to keep things strictly professional. But when Alison discovers Adam's secret, she knows she should bring it right to her father, who'll leverage it for his own gain and use it to ruin Adam. The only problem: she's falling for Adam-hard. Will earning her father's approval come at the price of losing her first real love? Or can Adam and Alison leave behind past mistakes and conquer the world-together?

"Readers will enjoy seeing more of the mental and emotional level of the relationship being developed, in addition to the physical - a nice change of pace for the genre." -- RT Book Reviews

GOR010084193
Rebound: A Boomerang Novel by Noelle August
Noelle August
A Boomerang Novel
Used - Good
Paperback
HarperCollins Publishers Inc
2015-01-27
288
0062331086
9780062331083
N/A
Book picture is for illustrative purposes only, actual binding, cover or edition may vary.
This is a used book - there is no escaping the fact it has been read by someone else and it will show signs of wear and previous use. Overall we expect it to be in very good condition, but if you are not entirely satisfied please get in touch with us.