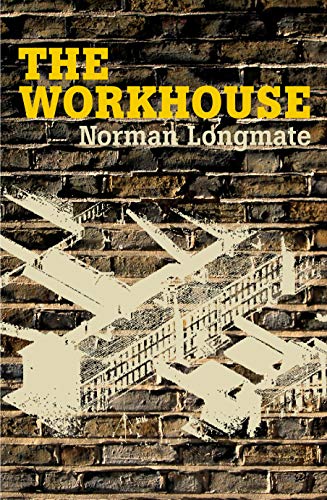 The Workhouse
by Norman Longmate

In Stock
$18.49
+10% GST
Everyone has heard of the workhouse. But exactly what was it? Who went there? And how did an institution so universally hated come to be set up? This title tells the story from its first beginnings in Elizabethan times until the final demise of "the union" in the 1940s.
Very Good
Only 2 left

The Workhouse by Norman Longmate

Everyone has heard of the workhouse. But what exactly was it? Who went there? And how did an institution so universally hated come to be set up? Surprisingly, no full-scale history of the workhouse has ever been written. A year after the re-opening of the workhouse at Southwell by the National Trust, this book fills the gap and tells the full story from its first beginnings in Elizabethan times until the final reluctant demise of 'the union' in the 1940s. The book concentrates, however, on the Victorian workhouse in the years of its tarnished glory. It describes the combination of circumstances which in the 1830s led to the opening of 600 new workhouses, against astonishingly little effective opposition, and it explains why radicals like Francis Place and humane reformers like Lord Brougham supported the New Poor Law, while a handful of Tories like Disraeli and arch-reactionaries like Colonel Sibthorpe fought against it. It records the riots, the protests, the pleadings, with which the poor challenged their virtual enslavement, and the misery of their daily life when they were finally incarcerated within the workhouse walls. What did gruel taste like? Why was workhouse uniform so uncomfortable to wear? How did it feel to pound bones all day, or grind corn, or scrub floors? How was Christmas Day in the workhouse celebrated in reality? Norman Longmate has, by exhaustive research into long-neglected sources, managed to answer all these and many more questions, in the words of those who experienced the workhouse regime. All the essential facts - of legislation passed and numbers admitted - are here, presented in a concise and lucid form which will make this book valuable to the serious student, but they are illustrated throughout by a wealth of anecdote, which reveals in human terms the meaning of the laws and regulations which previous historians of the Poor Law have so often merely catalogued.

"Excellent... Longmate's achievement in this moving history, like Henry Mayhew's in London Labour and the London Poor, has been to record the experiences of people who, friendless and despairing, otherwise left few traces of themselves behind" -- Matt Shinn * New Statesman *
"Norman Longmate has a reputation for careful research among original documents and a lively sense of anecdote, and this history of the Victorian workhouse amply demonstrates both qualities" * The Times *
"It is a strength of Norman Longmate's finely researched book that it is filled with such human reminders that the people who lived out meagre lives behind the high walls were living beings" * Spectator *

Norman Longmate was born in Berkshire, and educated at Christ's Hospital. After war service he read modern history at Worcester College, Oxford. He subsequently worked as a journalist in Fleet Street, as a producer of history programmes for the BBC, and for the BBC Secretariat. In 1981 he was elected a Fellow of the Royal Historical Society and in 1983 he left the BBC to become a full-time writer. He has written more than twenty books, mainly on the Second World War and on Victorian social history. He has frequently been employed as an historical adviser for film and television.

GOR001983714
The Workhouse by Norman Longmate
Norman Longmate
Used - Very Good
Paperback
Vintage Publishing
2003-06-05
336
0712606378
9780712606370
N/A
Book picture is for illustrative purposes only, actual binding, cover or edition may vary.
This is a used book - there is no escaping the fact it has been read by someone else and it will show signs of wear and previous use. Overall we expect it to be in very good condition, but if you are not entirely satisfied please get in touch with us.