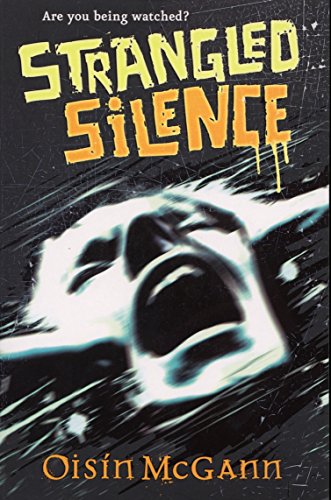 In Stock
$15.99
inc. GST
At first Amina thinks Ivor's suffering from some sort of post-traumatic stress disorder, but soon Ivor, conspiracy theorist Chi Sandwith and events persuade Amina that she could have stumbled into one of the biggest and most terrifying cover-ups ever.
Good
Only 1 left

When pretty, talented and very ambitious Amina Mir manages to land a newspaper work experience placement she thinks it might just be making coffee and following-up tame stories. But then, when by chance she's sent to interview Ivor MacMorris, a veteran of the war in Sinnostan who's just won millions on the lottery, but bizarrely hasn't spent a penny, things start to get interesting . . . and dangerous. Ivor thinks he's been made to forget what happened in Sinnostan. He believes false memories of how and why he lost an eye have been planted in his brain and that he's being followed by threatening faceless people. At first Amina thinks Ivor's suffering from some sort of post-traumatic stress disorder, but soon Ivor, conspiracy theorist Chi Sandwith and events persuade Amina that she could have stumbled into one of the biggest and most terrifying cover-ups ever.

"Pacey and direct and energetic, and it might also wake up the political sensibilities we're always bemoaning twenty-first century adolescents have forgotten all about. Recommended" -- Jill Murphy * The BookBag *
"A sinister, shadowy world of conspiracy theorists, political double-dealing and media distortion. McGann, in his most accomplished young adult novel to date, handles all of these (and more) with an excellent pace and occasional flashes of ironic humour. The result is an impressive and highly intelligent political thriller" -- Robert Dunbar * Irish Times *
"From page one it fires off the starting line and races along at an exciting pace, while the unusual and complex plot will keep readers intrigued . . . A slick and well-paced thriller that older readers should engage with and enjoy" -- Donal Cumiskey * Inis *
"Now and again you read a book that makes you sit back and seriously consider the world we live in. Strangled Silence, by Irish author Oisin McGann, is such a book . . . He is to be commended for this exciting, worldly read. I look forward to seeing what he does next" -- Sarah Webb * Irish Independent *
"Oisin McGann gets the reader involved right from the start through his instantly recognisable urban settings and detailed, well-developed characters . . . A pacy, tension filled thriller, which keeps the reader guessing as to how the story will end and if all the characters will make it, right to the last page" -- Christian York * Write Away! *

Born in Dublin in 1973, Oisin spent his childhood there and in Drogheda, County Louth. Unable to conceive of a way to make a living from writing fiction, he decided to fund his dreams of being an author by working as an illustrator (yes, he was that naive). He signed up for a design and print foundation course and then studied animation at Dun Laoghaire School of Art and Design. Setting up as a freelance illustrator/artist, he then took up a position at Fred Wolf Films, working on the animated series of Zorro. After completing his contract, he decided to expand his horizons and left for London to seek his fortune. He found gainful employment as a security guard, watching over trains and then hospitals. Following three and a half years of working in advertising he became increasingly concerned for his immortal soul. He returned to Ireland much as he had left - with no job, no home and some meagre savings. Ever the optimist, he now works once more as a freelance illustrator and mercenary artist by day and escapist writer by night. He hopes one day to have a decent job, with a pension, a health plan and paid annual holidays.

GOR001512276
Strangled Silence by Oisin McGann
Oisin McGann
Used - Good
Paperback
Random House Children's Publishers UK
2008-09-04
448
0552558621
9780552558624
N/A
Book picture is for illustrative purposes only, actual binding, cover or edition may vary.
The book has been read but remains in clean condition. All pages are intact and the cover is intact. Some minor wear to the spine.