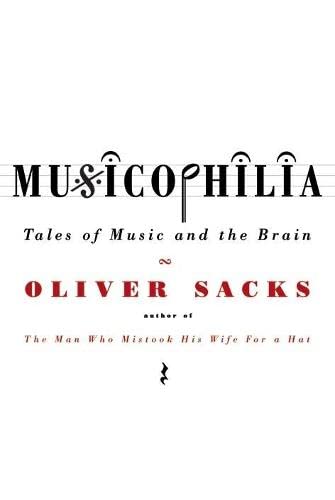 Out of Stock
$25.49
inc. GST
An illuminating book about the power of music, from the bestselling author of The Man Who Mistook His Wife for a Hat
Like New
Only 0 left

Musicophilia: Tales of Music and the Brain by Oliver Sacks

Oliver Sacks has been hailed by the New York Times as `one of the great clinical writers of the twentieth century'. In this eagerly awaited new book, the subject of his uniquely literate scrutiny is music: our relationship with it, our facility for it, and what this most universal of passions says about us.

In chapters examining savants and synaesthetics, depressives and musical dreamers, Sacks succeeds not only in articulating the musical experience but in locating it in the human brain. He shows that music is not simply about sound, but also movement, visualization, and silence. He follows the experiences of patients suddenly drawn to or suddenly divorced from music. And in so doing he shows, as only he can, both the extraordinary spectrum of human expression and the capacity of music to heal.

Wise, compassionate and compellingly readable, Musicophilia promises, like all the best writing, to alter our conception of who we are and how we function, to lend a fascinating insight into the mysteries of the mind, and to show us what it is to be human.

"Oliver Sacks is that rare creature, a respected man of science who is also a mean storyteller." --"Toronto Star" "From the Hardcover edition."

Oliver Sacks was educated in London, Oxford, California and New York. He is a professor of clinical neurology at Albert Einstein College of Medicine. He is the author of many books, including the bestselling The Man Who Mistook His Wife for a Hat and Awakenings.

GOR010174526
Musicophilia: Tales of Music and the Brain by Oliver Sacks
Oliver Sacks
Used - Like New
Hardback
Pan Macmillan
2007-11-02
400
0330418378
9780330418379
Short-listed for Independent Booksellers' Week Book of the Year Award: Adults' Book of the Year 2009
Book picture is for illustrative purposes only, actual binding, cover or edition may vary.
The book has been read, but looks new. The book cover has no visible wear, and the dust jacket is included if applicable. No missing or damaged pages, no tears, possible very minimal creasing, no underlining or highlighting of text, and no writing in the margins.