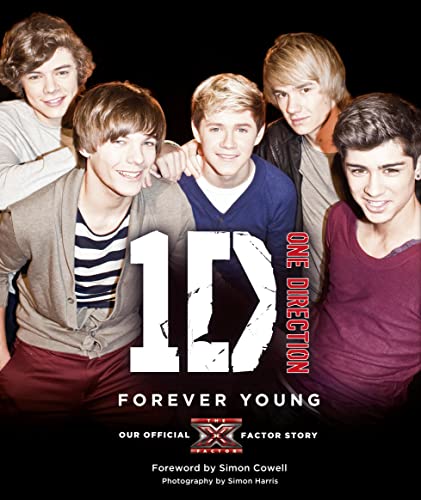 It's crazy to think that five months ago we didn't know each other at all. We were just five guys from different corners of the country, who dreamed of being popstars. Now we've not only found the best friends we've ever had, but we've made it to the final of The X Factor and got a recording contract too! It's been such a wild ride that it's hard to believe it's real at all!

We've had the absolute time of our lives, from messing around in the house and playing tricks on the others, to singing our hearts out every week. In Forever Young we tell our story in our own words: from how we got to Bootcamp to how it felt to become 'the most exciting boy band in the UK' in a matter of weeks. We'll tell you all about what it was really like backstage and in the house.

It's for each and every one of our fans, everyone who believed in us, because we want you to know what really happened on our journey from five normal guys to who we are now. We could never have done it without you. You helped us make our dream come true!

Packed full of personal snaps, unseen photographs shot especially for the book and backstage footage, this is the full and remarkable story of our time on The X Factor. Stunningly designed and candidly written, it is a must for all One Direction and X Factor fans.

One Direction are: Liam Payne, 20, Harry Styles, 19, Louis Tomlinson, 21, Niall Horan, 20, and Zayn Malik, 20. The band were formed in The X Factor's Bootcamp stage in 2010, and left the competition in its final round. They went on to break several records, top the charts internationally, and sell over 20 million records worldwide.

GOR002687430
One Direction: Forever Young: Our Official X Factor Story by One Direction
One Direction
Used - Very Good
Hardback
HarperCollins Publishers
2011-02-17
224
0007432305
9780007432301
N/A
Book picture is for illustrative purposes only, actual binding, cover or edition may vary.
This is a used book - there is no escaping the fact it has been read by someone else and it will show signs of wear and previous use. Overall we expect it to be in very good condition, but if you are not entirely satisfied please get in touch with us.