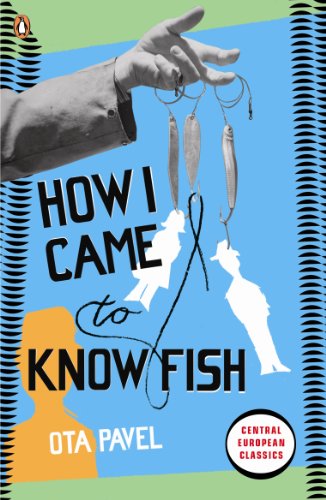 How I Came to Know Fish
by Ota Pavel

In Stock
$14.49
+10% GST
Presenting an account of the author's childhood in Czechoslovakia, this title features the tales of the his father's battle to provide for his family both in wealthy freedom and in terrifying persecution.
Very Good
Only 1 left

How I Came to Know Fish Summary

How I Came to Know Fish by Ota Pavel

How I Came to Know Fish (1974) is Ota Pavel's magical memoir of his childhood in Czechoslovakia. Fishing with his father and his Uncle Prosek - the two finest fishermen in the world - he takes a peaceful pleasure from the rivers and ponds of his country. But when the Nazis invade, his father and two older brothers are sent to concentration camps and Pavel must steal their confiscated fish back from under the noses of the SS to feed his family. With tales of his father's battle to provide for his family both in wealthy freedom and in terrifying persecution, this is one boy's passionate and affecting tale of life, love and fishing.

How I Came to Know Fish Reviews

A moving, bittersweet coming of age . . . A collection that works its magic quietly * Kirkus Reviews *
[The series] sheds remarkable light on the literature, culture and politics of the region...anyone coming fresh to the field will be captivated by the richness, variety, humour and pathos of a classic literature that, through a shared historical experience, transcends national and linguistic boundaries. -- CJ Schuler * Independent on Sunday *
This [series] is a wonderful idea ... They are absurdist parables, by turns hilarious, unsettling and enigmatic. -- Nicholas Lezard * Guardian *
I urge you to go and read them. -- Adam Thirlwell * New Statesman *
This new series of Central European Classics is important well beyond simply providing 'good reads'. -- Stephen Vizinczey * Daily Telegraph *

Ota Pavel (1930-1973) worked for much of his short life as a journalist and sports reporter. Despite serious bouts of mental illness he wrote brilliant, lyrical accounts, some collected in How I Came to Know Fish, of his childhood and his family in a Czechoslovakia under overwhelming threat from Nazism.

GOR002014235
How I Came to Know Fish by Ota Pavel
Ota Pavel
Penguin Modern Classics
Used - Very Good
Paperback
Penguin Books Ltd
2010-05-06
144
0141192836
9780141192833
N/A
Book picture is for illustrative purposes only, actual binding, cover or edition may vary.
This is a used book - there is no escaping the fact it has been read by someone else and it will show signs of wear and previous use. Overall we expect it to be in very good condition, but if you are not entirely satisfied please get in touch with us.