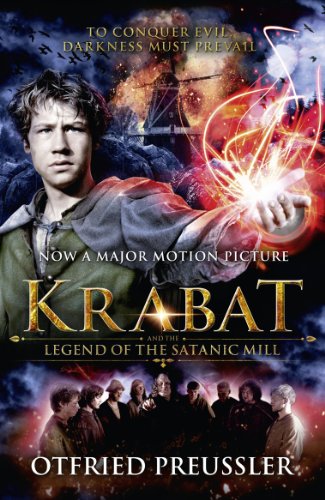 One of Neil Gaiman's favourite scary stories for children.

One of Neil Gaiman's favourite scary stories for children.

Set within a world of sorcery and wizardry, much like an 18th Century Harry Potter, Krabat tells the story of a 14-year-old beggar boy lured to a mysterious mill by a series of frightening dreams and apparitions.

He becomes an apprentice to the master of the watermill where he joins the eleven other young journeymen who work there. Much to his surprise Krabat soon discovers that the mill is actually a school of black magic and he is expected to learn much more than just a normal miller's trade.

Krabat studies hard and becomes the master's star pupil, but when he falls for a local village girl the depth of the masters evil and the darker secrets of the mill begin to reveal themselves. One by one his fellow classmates perish from mysterious, unexplained accidents and Krabat realises he must use all of the dark magic skills he has learned to secure his escape.

Otfried Preussler is one of the most popular writers of all time in Germany. He is now well into his 80s and enjoying a happy retirement.
GOR005047469
Krabat by Otfried Preussler
Otfried Preussler
Used - Very Good
Paperback
HarperCollins Publishers
2010-09-03
272
0007395116
9780007395118
N/A
Book picture is for illustrative purposes only, actual binding, cover or edition may vary.
This is a used book - there is no escaping the fact it has been read by someone else and it will show signs of wear and previous use. Overall we expect it to be in very good condition, but if you are not entirely satisfied please get in touch with us
Trustpilot