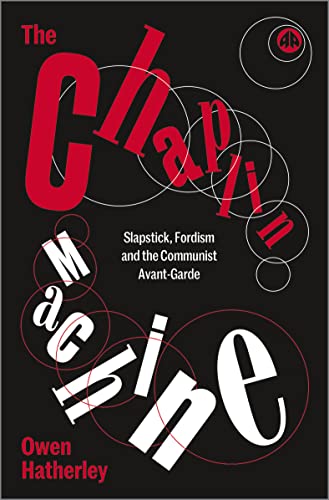 The tragic-comedic story of the cinema, art and architecture of the early 20th Century, highlighting the unlikely intersections of East and West

The Chaplin Machine: Slapstick, Fordism and the Communist Avant-Garde by Owen Hatherley (Freelance)

Could Buster Keaton have starred in Battleship Potemkin?

Did Trotsky plan to write the great Soviet comedy?

And why did Lenin love circus clowns?

The Chaplin Machine reveals the lighter side of the Communist avant-garde and its unlikely passion for American slapstick. Set against the backdrop of the great Russian revolutionary experiment, Owen Hatherley tells the tragic-comedic story of the cinema, art and architecture of the early 20th Century and spotlights the unlikely intersections of East and West.

'Traces an enjoyably idiosyncratic path back and forth between film studios and factories on opposing continents ... offers intellectual excitement as well as rigour'

'Teems with exciting histories, possibilities, outrages and revelations. This brilliantly researched and beautifully written lightning bolt of a book approaches art and its history from a completely new point of the compass, and its readers will never again see the last century as they once did! An eye-bulging astonishment!'

-- Guy Maddin, director of films including The Saddest Music in the World and My Winnipeg.

'Puts the Lenin back in Chaplin and the Chaplin back in the pre-Stalinist USSR. Brilliantly conceived, impeccably researched and concisely written. A definitive work'

'A precious and thoroughly researched book, shedding light on a very stimulating chapter of (film) history'

'A masterly presentation depicting the parody which existed under a communist regime; and showed how Soviet film, art and arhitecture could not avoid the influence of capitalist Americanism ... It is a pioneering work in the field of early film studies and politics'

Introduction: Americanism and Fordism - and Chaplinism
1. Constructing the Chaplin Machine
2. Red Clowns to the Rescue
3. No Rococo Palace for Buster Keaton
4. The Rhythm of Socialist Construction
Conclusion
Acknowledgements
Notes
Index

GOR007659767
The Chaplin Machine: Slapstick, Fordism and the Communist Avant-Garde by Owen Hatherley (Freelance)
Owen Hatherley (Freelance)
Used - Very Good
Hardback
Pluto Press
2016-05-17
240
0745336019
9780745336015
Winner of Casual Optimist Notable Book Covers 2016 (UK)
Book picture is for illustrative purposes only, actual binding, cover or edition may vary.
This is a used book - there is no escaping the fact it has been read by someone else and it will show signs of wear and previous use. Overall we expect it to be in very good condition, but if you are not entirely satisfied please get in touch with us.