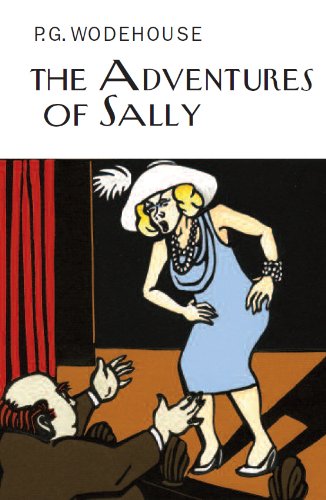 The Adventures of Sally
by P.G. Wodehouse

The Adventures of Sally Summary

The Adventures of Sally by P.G. Wodehouse

The Adventures of Sally is a transatlantic comedy set in worlds Wodehouse knew well: American theatres, English country houses, and the theatrical boarding-houses where young men and women dream of finding fame and fortune. Coming into an inheritance, one of these young women, Sally, is able to leave her boarding-house at last, and looks forward to a quiet life in a small apartment. Instead, she finds herself swept up in a series of adventures with her ambitious brother, an accident-prone, dog-loving Englishman she meets on a French beach, and his supercilious cousin who pursue her across the Atlantic. While losing her inheritance backing a play, and then retrieving it, she sheds an unsatisfactory fiance, falls in love with the accident-prone, dog-loving Englishman, rejects the supercilious cousin, and finds happiness in a kennel on Long Island.

GOR005760207
The Adventures of Sally by P.G. Wodehouse
P.G. Wodehouse
Everyman's Library P G WODEHOUSE
Used - Very Good
Hardback
Everyman
2011-09-30
288
1841591742
9781841591742
N/A
Book picture is for illustrative purposes only, actual binding, cover or edition may vary.
This is a used book - there is no escaping the fact it has been read by someone else and it will show signs of wear and previous use. Overall we expect it to be in very good condition, but if you are not entirely satisfied please get in touch with us.