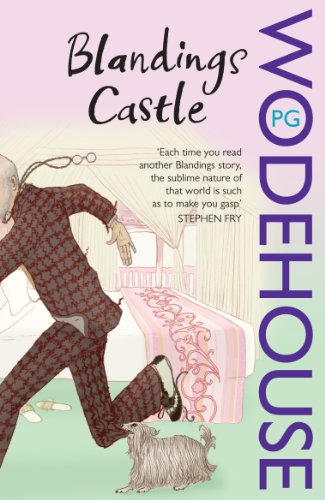 In Stock
$17.49
inc. GST
A Blandings collectionThe ivied walls of Blandings Castle have seldom glowed as sunnily as in these wonderful stories - but there are snakes in the rolling parkland ready to nip Clarence, the absent-minded Ninth Earl of Emsworth, when he least expects it.
Very Good Good Well Read
14 in stock

A Blandings collection The ivied walls of Blandings Castle have seldom glowed as sunnily as in these wonderful stories - but there are snakes in the rolling parkland ready to nip Clarence, the absent-minded Ninth Earl of Emsworth, when he least expects it. For a start the Empress of Blandings, in the running for her first prize in the Fat Pigs Class at the Shropshire Agricultural Show, is off her food -- and can only be coaxed back to the trough by a call in her own language. Then there is the feud with Head Gardener McAllister, aided by Clarence's sister, the terrifying Lady Constance, and the horrible prospect of the summer fete - twin problems solved by the arrival of a delightfully rebellious little girl from London. But first of all there is the vexed matter of the custody of the pumpkin. Skipping an ocean and a continent, Wodehouse also treats us to some unputdownable stories of excess from the monstrous Golden Age of Hollywood.

GOR001425524
Blandings Castle and Elsewhere: (Blandings Castle) by P. G. Wodehouse
P. G. Wodehouse
Blandings Castle
Used - Very Good
Paperback
Cornerstone
2008-05-01
320
0099513838
9780099513834
N/A
Book picture is for illustrative purposes only, actual binding, cover or edition may vary.
The book has been read but remains in clean condition. All pages are intact and the cover is intact. Some minor wear to the spine.