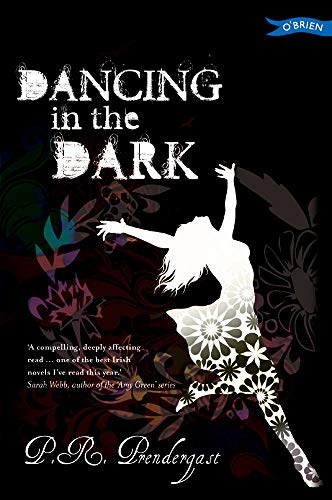 Dancing in the Dark
by P.R. Prendergast

Part of a dance team who have turned from friends to enemies. Dealing with her dead brother's ghost -- things sure aren't easy for Jessie! Her brother James -- sports star, popular kid, and apple of her parents' eyes -- has died in an accident, leaving Jessie to cope with her parents, classmates and stagefright.

Dancing in the Dark Summary

Dancing in the Dark by P.R. Prendergast

Things haven't been easy for Jessie since her brother James - sports star and popular kid - died. Her mum and dad are lost in grief and she's feeling isolated at school; when the popular girls on her dance team give her a hard time, she just can't seem to remember the routines ...

... and Jessie can still see James. Talk to him, or quarrel with him, more like! They always bickered when James was alive, so why change now?

But James might turn out to be her unlikely saviour. Along with Alan, the dorky new boy, can he give Jessie the confidence to show the rest of the dance team what she's got ... and help her and her parents on the road towards healing?

Funny, sharp and poignant, a story about living with a ghost, and the pain of letting go.

Customer Reviews - Dancing in the Dark

Dancing in the Dark Reviews

'Ireland's answer to the Sky is Everywhere and Evermore. Holding a mirror up to the Irish school yard was never going to be easy and Prendergast has collected nuggets of fast and accurate scenes ... something new and interesting from O'Brien Press'

'a compelling, deeply affecting read. Prendergast has captured such an authentic teenage girl's voice ... Certainly one of the best Irish teen novels I've read this year and bang on the zeitgeist.'

'a very imaginative story with authentic teen dialogue ... suitable for age 10 and upwards'

'well done to the author of this book'

'instantly accessible ... could definitely be used as a class novel'

'Dancing in the Dark covers many themes, including dealing with grief, sibling rivalry, family relationships, friendships, and coping with bullying. I chose to review it ... because of the fantastic way it deals with this last topic, although I found this

'Prendergast's first person prose is linguistically simple but emotionally powerful, his insights into the many facets of family grieving are perceptive and sympathetic and there are some nicely observed social nuances in his Irish school setting'

'While 'coping with loss' has served as theme for numerous children's and young adult novels, it is given considerable freshness here'

'I loved this book!'

'The success for Prendergast marks yet another rights win for O'Brien Press who have been at the forefront of rights sales by Irish publishers in the last few years securing record rights sales for their author Celine Kiernan and her Moorehawk Trilogy.'

'Dancing in the Dark is the story of Jesse's attempt to adjust to life after the untimely death of her sibling James. In language that is both compelling and affecting, and without recourse to philosophizing, this work of fiction sensitively conveys the d

'a sensitive, poignant look at grief as well as a readable story with a sympathetic heroine'

'possibly one of the most beautiful and engaging books I've read in a long time ... 'Prendergast writes Jessie's tale with a dreamlike, yet very grounded style.'

'Prendergast masterfully captures Jessie's sibling relationship with James, from the petty jibing to the subtle emotional dialogue ... would make an excellent classroom novel for fifth and sixth'

'sensitive, funny and poignant novel of a teenage girl, Jess, coming to terms with the death of her older brother ... the bickering, squabbling, insult-laden but loving relationship that exists between teenage siblings is depicted with humour and affectio

P.R. Prendergast lives in Dublin, where he has worked as a school teacher for twenty-five years. In 2009 his first children's book The Romanian Builder was published by The O'Brien Press. Dancing in the Dark, published by The O'Brien Press in 2010, was nominated for the 2011 Bisto Children's Book of the Year Award and was awarded the White Raven Label by the International Youth Library at Bologna Book Fair 2011. He has three children of his own.

GOR002882220
Dancing in the Dark by P.R. Prendergast
P.R. Prendergast
Used - Very Good
Paperback
O'Brien Press Ltd
2010-09-06
192
1847171850
9781847171856
Winner of White Raven Selection 2011 (Germany) Short-listed for Bisto Book of the Year 2011 (Ireland)
Book picture is for illustrative purposes only, actual binding, cover or edition may vary.
This is a used book - there is no escaping the fact it has been read by someone else and it will show signs of wear and previous use. Overall we expect it to be in very good condition, but if you are not entirely satisfied please get in touch with us.