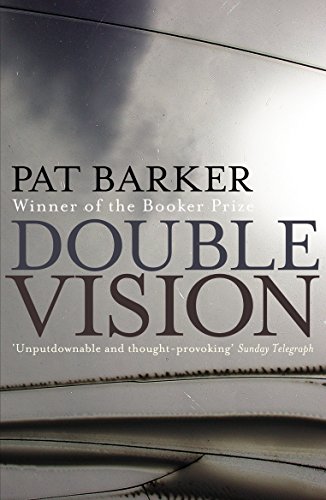 In Stock
$14.49
inc. GST
Returning to Afghanistan after his photographer friend is killed by a sniper, war reporter Stephen Sharkey seeks release from his nightmares in an England seemingly at peace with itself.
Very Good
7 in stock

'Barker is one of our most significant contemporary novelists' Daily Telegraph

'The characters grab hold at the beginning and never loosen their grip. Barker holds us by the sheer beauty of her writing' Financial Times

Returning to Afghanistan after his photographer friend is killed by a sniper, war reporter Stephen Sharkey seeks release from his nightmares in an England seemingly at peace with itself. Questioning man's inhumanity to man both abroad and at home, and whether love really can be the great redeemer, Double Vision is a searing novel of conflict in modern times.

"A story that is both terrifying and fascinating....Wholly engrossing."
--Neil Gordon, "New York Times Book Review"
"One doesn't often find the caliber of writing displayed in Barker's latest, a compulsively readable novel."
--Joanne Wilinson, "Booklist"
"As briskly taut as a thriller and, at the same time, a deeply thoughtful consideration of how our lives are changed by sweeping historical tragedy and everyday acts of violence...We keep paging rapidly through the novel, even as we pause to admire the trenchant reflections."
--Francine Prose, " O" Magazine

GOR000429597
Double Vision by Pat Barker
Pat Barker
Used - Very Good
Paperback
Penguin Books Ltd
2004-09-02
320
0140270752
9780140270754
N/A
Book picture is for illustrative purposes only, actual binding, cover or edition may vary.
This is a used book - there is no escaping the fact it has been read by someone else and it will show signs of wear and previous use. Overall we expect it to be in very good condition, but if you are not entirely satisfied please get in touch with us.