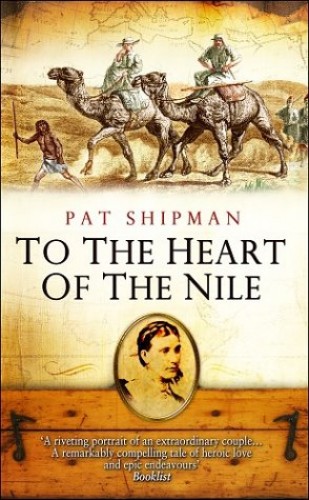 In Stock
$33.99
inc. GST
Florence Baker's extraordinary life from the Hungarian revolution to Ottoman empire harem, to being saved from slavery by wealthy English adventurer Sam Baker to a life of danger, excitement and passion exploring the uncharted interior of Africa in search of the source of the Nile, and finally winning acceptance in polite Victorian society.
Like New Very Good
Only 1 left

The events of Florence Baker's life read like a novel. Born in the 1840s into an aristocratic family who was murdered in the Hungarian revolution, Florence fled to the Ottoman empire with her nurse. She was next heard of living in a harem, barely in her teens. In 1859 she was presented at auction, and it was in this most unlikely of settings that she met her soulmate Sam Baker, a wealthy English adventurer whose geographic discoveries proved crucial to England's understanding of the African landscape. Saving her from slavery, Sam offered his paramour much more - a life of danger, excitement and passion exploring the uncharted interior of Africa in search of the source of the Nile. Their expedition into the African wilderness was to be no less dramatic than Florence's early life. Sam and Florence were to suffer years of deprivation and conflict with local tribes before their amazing fortitude brought ultimate victory. Sam named the source of the Nile Albert N'yanza, after the Queen's consort. But a larger challenge awaited them: winning acceptance in polite Victorian society. In this riveting book Pat Shipman brings the redoubtable and unique Florence out from beneath the shadow of her more famous husband. Florence Baker is the story of a remarkable woman, of an extraordinary love affair, but also of the golden age of exploration. Reconstructed through journals, documents, maps and photographs, TO THE HEART OF THE NILE chronicles the life of a tenacious, compassionate and unlikely explorer - a woman who stood alongside some of the toughest men in history to face the unknown.

Pat Shipman is a freelance writer and Professor of Anthropology at The Pennsylvania State University. Her research has focussed on human origins, Paleontology and anthropology and has published more than 100 articles on human evolution. She is the author of The Neandertals, 1993, which was a finalist for the Rhone-Poulenc Prize and was listed as a New York times notable book of the year; The Wisdom Of Bones, 1197 Was Awarded The Rhone-Poulenc Prize; Taking Wing, 1998, and The Man Who Found The Missing Link, 2001, was named as one of the notable books of the year by the Los Angeles Times. She is a fellow of the American Association for the Advancement of Science and of the Royal Geographical Society.

GOR010600991
TO THE HEART OF THE NILE HEART OF AFRICA by Pat Shipman
Pat Shipman
Used - Like New
Paperback
Transworld Publishers Ltd
2005-01-03
544
0552771007
9780552771009
N/A
Book picture is for illustrative purposes only, actual binding, cover or edition may vary.
The book has been read, but looks new. The book cover has no visible wear, and the dust jacket is included if applicable. No missing or damaged pages, no tears, possible very minimal creasing, no underlining or highlighting of text, and no writing in the margins.