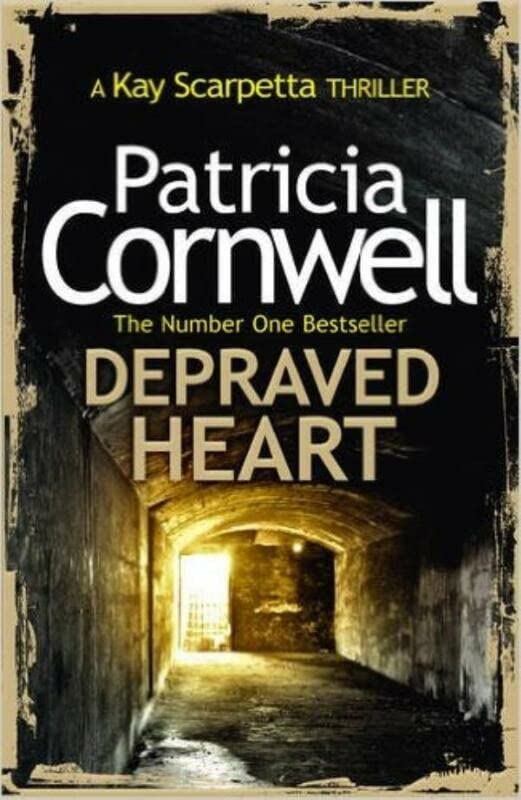 Dr. Kay Scarpetta is working a suspicious death scene in Cambridge, Massachusetts when an emergency alert sounds on her phone. A video link lands in her text messages and seems to be from her computer genius niece Lucy. But how can it be? It's clearly a surveillance film of Lucy taken almost twenty years ago.

As Scarpetta watches she begins to learn frightening secrets about her niece, whom she has loved and raised like a daughter. That film clip and then others sent soon after raise dangerous legal implications that increasingly isolate Scarpetta and leave her confused, worried, and not knowing where to turn. She doesn't know whom she can tell - not her FBI husband Benton Wesley or her investigative partner Pete Marino. Not even Lucy.

In this new novel, Cornwell launches these unforgettable characters on an intensely psychological odyssey that includes the mysterious death of a Hollywood mogul's daughter, aircraft wreckage on the bottom of the sea in the Bermuda Triangle, a grisly gift left in the back of a crime scene truck, and videos from the past that threaten to destroy Scarpetta's entire world and everyone she loves. The diabolical presence behind what unfolds seems obvious - but strangely, not to the FBI. Certainly that's the message they send when they raid Lucy's estate and begin building a case that could send her to prison for the rest of her life.

In the latest novel in her bestselling series featuring chief medical examiner Dr. Kay Scarpetta, Cornwell will captivate readers with the shocking twists, high-wire tension, and cutting-edge forensic detail that she is famous for, proving yet again why she's the world's #1 bestselling crime writer.

`A pioneer of the genre of forensic psychological thriller' BBC

`With plenty of the forensic detail that Cornwell fans have come to expect from her works this is a fast-paced and exciting read. Cornwell certainly lives up to her title of America's most chilling modern writer' Express and Star

`Cornwell's books run on high octane fuel, a cocktail of adrenalin and fear' The Times

`When it comes to the forensic sciences, nobody can touch Cornwell' New York Times Book Review

`Cornwell has created a character so real, so compelling, so driven that this reader has to remind herself regularly that Scarpetta is just a product of an author's imagination' USA Today

`Dazzling... After reading Cornwell's thriller, most others will pale in comparison' Milwaukee Journal Sentinel

`Cornwell remains a master of the genre, instilling in readers an appetite that only she can satisfy' Publishers Weekly

Patricia Cornwell is the #1 New York Times bestselling author of the Kay Scarpetta series. Her bestsellers include Dust, The Bone Bed, Red Mist, and Portrait of a Killer: Jack the Ripper-Case Closed. Her earlier works include Postmortem-the only novel to win five major crime awards in a single year-and Cruel and Unusual, which won Britain's prestigious Gold Dagger Award for the best crime novel. Dr. Kay Scarpetta was awarded the 1999 Sherlock Award for the best detective created by an American author. Patricia Cornwell lives in Boston, Massachusetts.

GOR007117145
Depraved Heart by Patricia Cornwell
Patricia Cornwell
Used - Very Good
Paperback
Unknown
0
0007552475
9780007552474
N/A
Book picture is for illustrative purposes only, actual binding, cover or edition may vary.
This is a used book - there is no escaping the fact it has been read by someone else and it will show signs of wear and previous use. Overall we expect it to be in very good condition, but if you are not entirely satisfied please get in touch with us.