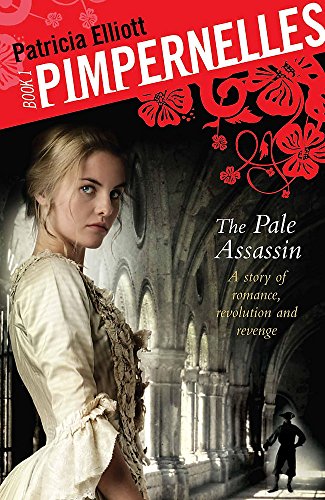 In Stock
$13.69
inc. GST
A story of romance, revolution and revenge.
Very Good
Only 2 left

Eugenie de Boncoeur is growing up in Paris, unaware that her guardian has contracted her to marry the sinister spymaster known as 'le Fantome' when she turns sixteen. She finds herself falling for the handsome lawyer, Guy Deschamps, but there is little time for romance; France is descending into chaos as the Revolution takes hold. Soon Eugenie is fleeing for her life. Her brother Armand has become involved in a plot to save the King from the guillotine, the mob is searching for aristocrats, and le Fantome, the pale assassin, is on their trail - desperate for revenge.

'An involving and well-researched novel (with) a lot of very convincing period detail ... The story is self-contained and ends satisfyingly, but with enough hooks to make the reader want the second and third parts as soon as possible!' * Writeaway website, June 2009 *
'Exciting and unpredictable ... you won't be able to put it down. History has never been so fun!' * Bliss magazine, July 2009 *
The best aspect of this fine work of historical fiction is Eugenie herself. Her gradual coming of age and growing political awareness provide even more depth to what becomes a highly suspenseful survival tale. * Booklist magazine, Oct 2009 *

Patricia Elliott has written nine novels for children and young adults. Her first novel with Hodder, The Ice Boy, won the Fidler Award for a First Novel and was shortlisted for the Branford-Boase among other awards. Her second, Murkmere, was long-listed for the Guardian Fiction Award and she has since been short-listed for many others, including the Calderdale and the Wirral Paperback of the Year.

Her most recent YA is a Victorian Gothic, The Devil in the Corner. Her new MG series, the Connie Carew Mysteries, is set in the Edwardian period: The House of Eyes and The Ship of Spectres.

Patricia was (and is!) a voracious reader and always scribbled stories during a childhood spent overseas. She worked in publishing in London and in bookselling in New York before taking an M.A. in Writing for Children. She has been a tutor at Morley College, London, and in between writing now leads workshops for both adults and children, including Chelsea Young Writers. She is an active member of CWISL (Children's Writers and Illustrators in South London). She is married, with two sons.

GOR001513815
Pimpernelles: The Pale Assassin: Book 1 by Patricia Elliott
Patricia Elliott
Pimpernelles
Used - Very Good
Paperback
Hachette Children's Group
2009-07-02
432
0340956763
9780340956762
N/A
Book picture is for illustrative purposes only, actual binding, cover or edition may vary.
This is a used book - there is no escaping the fact it has been read by someone else and it will show signs of wear and previous use. Overall we expect it to be in very good condition, but if you are not entirely satisfied please get in touch with us.