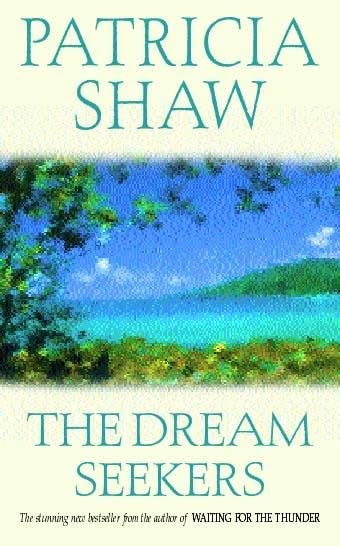 The Dream Seekers by Patricia Shaw

The Dream Seekers: A dramatic Australian saga of courage and determination by Patricia Shaw

Father Beitz has a dream. From his home in 1870s Hamburg, he plans to pioneer an idyllic German community in faraway Australia, in a backwoods hamlet, barely settled, called Bundaberg. He soon finds other dreamers eager to join him, thrilled by the prospect of a sunny clime, cheap arable land, and their own Lutheran society.

But when they arrive they find the land, bought for them by Father Beitz, is nothing but a jungle, and before long it seems the trials of their new home may force the community to disintegrate. As time passes, a combination of courage and determination carries the pioneers beyond their fears, but a new threat awaits. Only an elderly Aborigine mystic sees the evil that threatens them, but can he warn them in time?

Born in Melbourne, Patricia Shaw worked as a teacher, political journalist and an oral historian, before pursuing a literary career. Her books have sold over 4.5 million copies worldwide.
GOR002820276
9780747268505
0747268509
The Dream Seekers: A dramatic Australian saga of courage and determination by Patricia Shaw
Patricia Shaw
Used - Very Good
Paperback
Headline Publishing Group
2002-03-04
544
N/A
Book picture is for illustrative purposes only, actual binding, cover or edition may vary.
This is a used book - there is no escaping the fact it has been read by someone else and it will show signs of wear and previous use. Overall we expect it to be in very good condition, but if you are not entirely satisfied please get in touch with us
Trustpilot