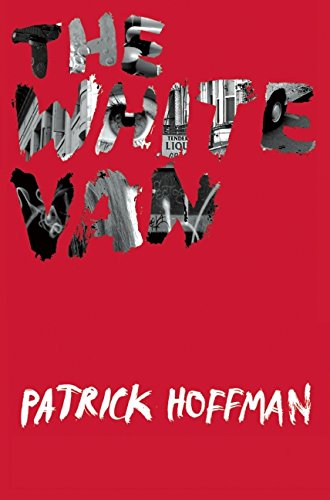 The White Van
by Patrick Hoffman

The White Van by Patrick Hoffman

At a dive bar in San Francisco's edgy Tenderloin district, drug-hustling Emily Rosario is drinking whiskey and looking for an escape from her desperate lifestyle. When she is approached by a Russian businessman, she thinks she might have found her exit. A week later--drugged, disoriented and wanted for robbery--Emily finds herself on the run for her life.

When cop Leo Elias--broke, alcoholic and desperate--hears about an unsolved bank robbery, the stolen money proves too strong a temptation. Elias takes the case into his own hands, hoping to find Emily and the money before anyone else does.

A sharply drawn cast of characters--dirty cops, Russian drug dealers, Chinese black-market traders, street smart Cambodians, and shady entrepreneurs--all take part in this terrifying tour through San Francisco's underbelly. Confronted with the intimate details of characters that blur the line between good and evil, and twists that surprise until the end, readers of THE WHITE VAN will find their own moral code challenged by the desperate decisions the characters are forced to make.

"[An] exhilarating crime debut . . . Hoffman gives his story a stunner of a twist, where roles are reversed, lies become truths, and it all gives way to the most perfect hustle of all . . . Hoffman's crime plot doesn't just thicken, it boils with surprise after surprise and suspense as tight as a noose . . . He cinematically captures a seamy San Francisco . . . the hard-boiled prose glints like a broken mirror . . . wildly satisfying."--San Francisco Chronicle

"[A] gritty, exhilarating . . . Everything in his unpredictable fiction has the dissonant clink of alarming truth . . . The White Van, with its quick and scary turns, provides a hell of a ride; the action never stops--even after the final page."--Wall Street Journal

"Edgy and suspenseful."--Buzzfeed, "The 22 Most Exciting Literary Debuts of 2014"

"A seedy bar, a woman on the prowl, a man in a suit. The opening scene of Patrick Hoffman's superb first novel, The White Van could be an Edward Hopper painting, all shadow and stillness . . . the unadorned elegance and irresistible vitality of Hoffman's writing freshen even this familiar chase . . . Accelerating to a just-right conclusion, The White Van vibrates with cop and street dialogue reminiscent of Elmore Leonard in his prime."--Barnes & Noble Review

"My favourite debut of 2015 so far is Patrick Hoffman's The White Van . . . Almost perfect in the way it oscillates between black comedy and high suspense. The White Van is a caperish delight, channelling Elmore Leonard and Donald Westlake to exhilarating and unexpected effect."--Guardian (UK)

"Hoffman transforms San Francisco into a noir playground for all sorts of shady characters--the kind that can only come from the mind of a writer who really gets people, their secrets and the lengths to which they'll go when they have no good choices."--BookPage

"A crackling thriller . . . Keep your eye on Patrick Hoffman--he's got the right stuff."--James Carlos Blake, author of In the Rogue Blood and The House of Wolfe

"[A] rocket-paced San Francisco thriller . . . Patrick Hoffman has written an absolutely spellbinding novel."--Michael Kardos, author of Before He Finds Her

"The White Van will grip you from the first page and leave you looking over your shoulder for weeks. Patrick Hoffman is nothing less than an emerging master of the crime genre. Whatever he writes, I'll read."--Jordan Bass, executive editor, McSweeney's

"A wild ride into the black heart of classic noir that unfolds in a pulsating series of betrayals, black mail, bad decisions, and worse luck; this is the stuff of Dashiell Hammett's best nightmares."--Mark Haskell Smith, author of RAW: A Love Story

"Filled with epic twists and savage turns, the pace is relentless, and Hoffman's drive sets fire to the pages as he crawls across the sinister black underbelly of the Californian dream. Hoffman unflinchingly looks into the heart of the sleaziest inhabitants of the underworld, yet manages to bring each of them alive in distinctive, almost hypnotic, detail. Their screams of pain and anguish sear every page."--Daily Mail (UK)

"My favorite debut of 2014 . . . Hoffman delivers a relentless, gritty thriller with a cast of characters way out of their depth."--MysteryPeople

Patrick Hoffman is a writer and private investigator based in Hudson, New York. He recently moved to Hudson from San Francisco, where he worked as an investigator for the past nine years, with the last five spent at the San Francisco Public Defenders Office. "THE WHITE VAN" is his first novel.

GOR008879504
The White Van by Patrick Hoffman
Patrick Hoffman
Used - Very Good
Hardback
Grove Press / Atlantic Monthly Press
2014-09-01
080212304X
9780802123046
N/A
Book picture is for illustrative purposes only, actual binding, cover or edition may vary.
This is a used book - there is no escaping the fact it has been read by someone else and it will show signs of wear and previous use. Overall we expect it to be in very good condition, but if you are not entirely satisfied please get in touch with us.