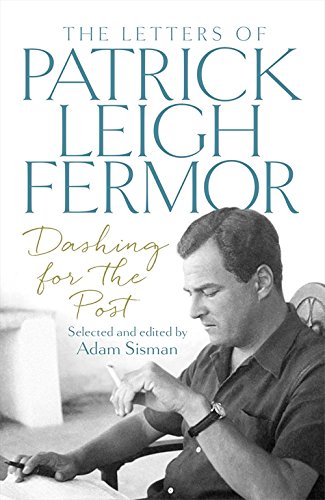 Used Price
$41.99
inc. GST
Free Shipping in Australia
A revelatory collection of letters written by the author of The Broken Road
Like New Very Good Good

A revelatory collection of letters written by the author of The Broken Road.

Handsome, spirited and erudite, Patrick Leigh Fermor was a war hero and one of the greatest travel writers of his generation. He was also a spectacularly gifted friend.

The letters in this collection span almost seventy years, the first written ten days before Paddy's twenty-fifth birthday, the last when he was ninety-four. His correspondents include Deborah Devonshire, Ann Fleming, Nancy Mitford, Lawrence Durrell, Diana Cooper and his lifelong companion, Joan Rayner; he wrote his first letter to her in his cell at the monastery Saint Wandrille, the setting for his reflections on monastic life in A Time to Keep Silence. His letters exhibit many of his most engaging characteristics: his zest for life, his unending curiosity, his lyrical descriptive powers, his love of language, his exuberance and his tendency to get into scrapes - particularly when drinking and, quite separately, driving.

Here are plenty of extraordinary stories: the hunt for Byron's slippers in one of the remotest regions of Greece; an ignominious dismissal from Somerset Maugham's Villa Mauresque; hiding behind a bush to dub Dirk Bogarde into Greek during the shooting of Ill Met by Moonlight, the film based on the story of General Kreipe's abduction; his extensive travels. Some letters contain glimpses of the great and the good, while others are included purely for the joy of the jokes.

Wow - one tour de force after another! The best letters are as good as - if not better than - any in the language: Byron's, Walpole's, Henry James's, Freya Stark's. Often I laughed aloud, tears coursing down the cheeks -- John Julius Norwich
Zestful, vivid and buoyant with polymathic learning, Leigh Fermor's letters reveal themselves perfect for anthology. There are descriptions and anecdotes equal to anything in his writing, spurred by memorable friendships, suffused with affection and occasional distress: all finely edited by Adam Sisman -- Colin Thubron
Hugely entertaining, funny and occasionally moving . . . edited meticulously and brilliantly * Observer *
Zest, verbal finesse, almost pristine receptivity and a richly informed cultural and historical consciousness make these letters, even when the erosions of time and illness shadow them, irresistibly exhilarating * Sunday Times *
Adam Sisman is a model editor . . . Reading these letters is like gobbling down a tray of exotically filled chocolates, with no horrible orange creams to put you off -- Harry Mount * Literary Review *
Here is a veritable feast for fans of Paddy Leigh Fermor . . . Sisman has done a tremendous job selecting and editing this treasure-trove of letters -- Justin Marozzi * The Spectator *
Glorious, heady stuff . . . judiciously edited by Adam Sisman -- Ian Thomson * Evening Standard *
Adam Sisman's selection of Patrick Leigh Fermor's letters is entirely admirable . . . an unmissable feast -- Lewis Jones * Daily Telegraph *
Superbly edited . . . To read these letters and their superb footnotes is to walk with some of the great ghosts of 20th century literature -- Rory Knight Bruce * Oldie *
A feast of adventure, gossip and flirtation * The Spectator *
It remains an outright pleasure to be admitted to the company of such a man. This is one of those books that make you feel a little bereft when you finish it * Catholic Herald *
A fascinating and engaging sort of autobiography full of the charm found in his travel writings. Wonderful to dip into * Guardian Review *

Adam Sisman is the author of several biographies, most recently of John le Carre. His Boswell's Presumptuous Task won the prestigious US National Book Critics Circle Award for Biography. He is also co-editor of One Hundred Letters, a volume of selected letters of Hugh Trevor-Roper. Adam is an Honorary Fellow of the University of St Andrews, and a Fellow of the Royal Society of Literature.

GOR009306910
Dashing for the Post: The Letters of Patrick Leigh Fermor by Patrick Leigh Fermor
Patrick Leigh Fermor
Used - Like New
Hardback
John Murray Press
2016-10-06
496
1473622468
9781473622463
N/A
Book picture is for illustrative purposes only, actual binding, cover or edition may vary.
The book has been read, but looks new. The book cover has no visible wear, and the dust jacket is included if applicable. No missing or damaged pages, no tears, possible very minimal creasing, no underlining or highlighting of text, and no writing in the margins.