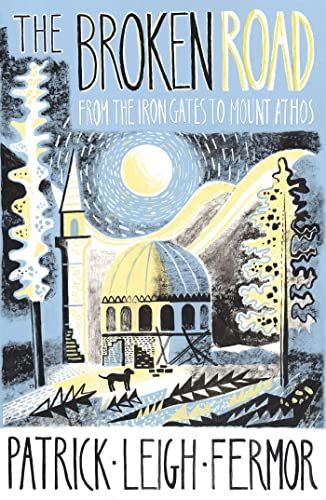 In Stock
$13.69
inc. GST
The long-awaited final volume of the trilogy by Patrick Leigh Fermor - hailed as the greatest travel writer of his generation.
Very Good
8 in stock

The Broken Road: From the Iron Gates to Mount Athos by Patrick Leigh Fermor

The long-awaited final volume of the trilogy by Patrick Leigh Fermor.

A Time of Gifts and Between the Woods and the Water were the first two volumes in a projected trilogy that would describe the walk that Patrick Leigh Fermor undertook at the age of eighteen from the Hook of Holland to Constantinople. 'When are you going to finish Vol. III?' was the cry from his fans; but although he wished he could, the words refused to come. The curious thing was that he had not only written an early draft of the last part of the walk, but that it predated the other two. It remains unfinished but The Broken Road - edited and introduced by Colin Thubron and Artemis Cooper - completes an extraordinary journey.

Following his walk across Europe, Patrick Leigh Fermor (1915-2011) lived and travelled in the Balkans and Greek Archipelago. He joined the Irish Guards and during the occupation of Crete led the party that captured the German commander. He was awarded the DSO and OBE.

GOR005619945
The Broken Road: From the Iron Gates to Mount Athos by Patrick Leigh Fermor
Patrick Leigh Fermor
Used - Very Good
Paperback
John Murray Press
2014-04-10
384
1848547544
9781848547544
Short-listed for Dolman Travel Prize 2014 (UK) Short-listed for IBW Book Award 2014 (UK)
Book picture is for illustrative purposes only, actual binding, cover or edition may vary.
This is a used book - there is no escaping the fact it has been read by someone else and it will show signs of wear and previous use. Overall we expect it to be in very good condition, but if you are not entirely satisfied please get in touch with us.