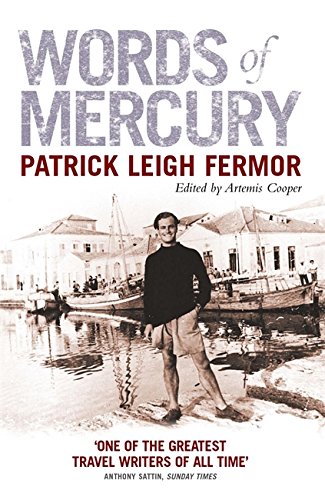 In Stock
$17.49
inc. GST
A collection of the most delightful and evocative pieces from books, journalism and letters by Patrick Leigh Fermor - the 'greatest living travel writer' (Jan Morris)
Very Good Well Read
8 in stock

Patrick Leigh Fermor was only 18 when he set off to walk from the Hook of Holland to Constantinople, described many years later in A Time of Gifts and Between the Woods and the Water. It was during these early wanderings that he started to pick up languages, and where he developed his extraordinary sense of the continuity of history: a quality that deepens the colours of every place he writes about, from the peaks of the Pyrenees to the cell of a Trappist monastery.

His experiences in wartime Crete sealed the deep affection he had already developed for Greece, a country whose character and customs he celebrates in two books, Mani and Roumeli, and where he has lived for over forty years.

Whether he is drawing portraits in Vienna or sketching Byron's slippers in Missolonghi, the Leigh Fermor touch is unmistakable. Its infectious enthusiasm is driven by an insatiable curiosity and an omnivorous mind - all inspired by a passion for words and language that makes him one of the greatest prose writers of his generation.

There is a pleasure to be had on every page. Here is a writer who can find something fascinating in the dullest characters and the most drab towns. He is a master stylist, too, revelling in the possibilities of language, striving always to be exact. Few travel writers can create atmosphere quite as thickly, but then few have such extraordinary anecdotes to tell...it [the anthology] serves as a reminder that Leigh Fermor is one of the greatest travel writers of all time * Anthony Sattin, Sunday Times *
'The finest travel writer of his generation' Colin Thubron
'The greatest of living travel writers' Jan Morris
Patrick Leigh Fermor is an exquisite among travel writers * Sunday Telegraph *
Paddy Leigh Fermor - war hero, linguist, adventurer - is at heart a great storyteller ... he draws the reader, like his huge acquaintance, into instant intimacy. His achievement is to be who he is - even more than what he has done. This collection beautifully illustrates both. * Max Hastings, SUNDAY TELEGRAPH *
He makes exotic and entertaining friends wherever he goes, has read everything, been everywhere and writes like a dream * The Times *

GOR001365594
Words of Mercury by Patrick Leigh Fermor
Patrick Leigh Fermor
Used - Very Good
Paperback
Hodder & Stoughton General Division
2004-07-19
288
071956106X
9780719561061
N/A
Book picture is for illustrative purposes only, actual binding, cover or edition may vary.
This is a used book - there is no escaping the fact it has been read by someone else and it will show signs of wear and previous use. Overall we expect it to be in very good condition, but if you are not entirely satisfied please get in touch with us.