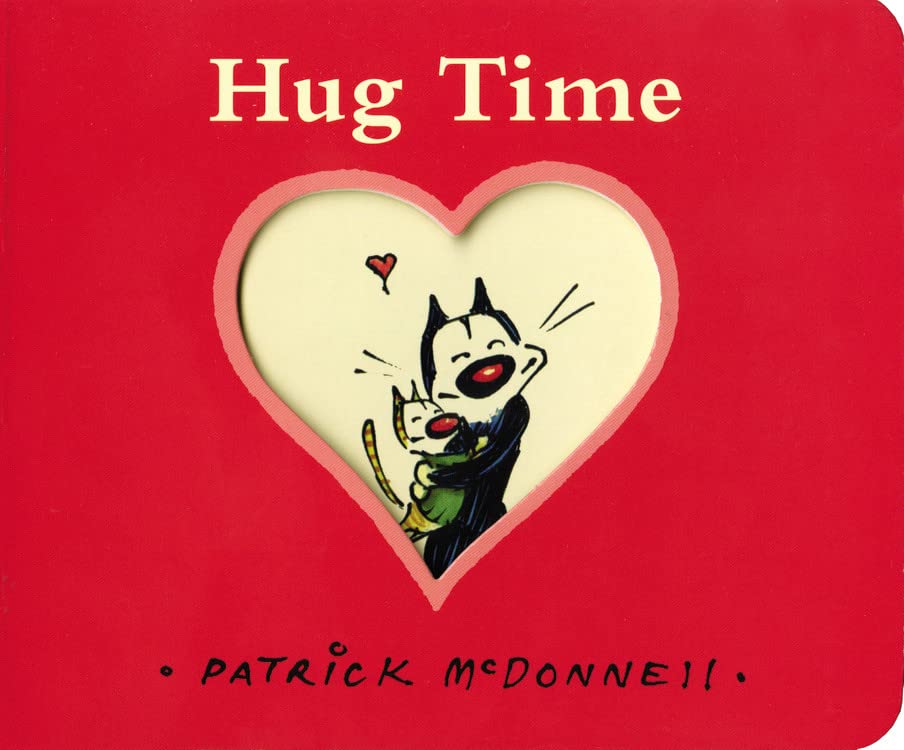 There was once a kitten so filled with love he wanted to give the whole world a hug!

Jules the kitten (also known in the MUTTS cartoons as 'Shtinky Puddin'") knows that hugs can make the world a better place. So he makes a 'Hug To-Do List' - with the endangered species at the top - and travels the globe to show all of the animals that someone cares.
From Africa to the North Pole to his own back yard, Jules proves a hug is the simplest - but kindest - gift we can give. With its gently environmental theme, this joyous story about sharing love is an ideal gift year-round.

*"Give this book an F, yes, an F: for fun and funny."
--Kirkus Reviews, starred review

*"Touches of wit and plenty of zip recommend this for lap-sit sharing."
--The Horn Book, starred review

Praise for Just Like Heaven
"McDonnell delivers his message with maximum effectiveness."--Publishers Weekly (starred review)
Praise for The Gift of Nothing

"A perfect meditation on gift giving and friendship."--Kirkus

Patrick McDonnell is the creator of the MUTTS comic strip. He has illustrated for the New York Times, Sports Illustrated, Reader's Digest, Time, Parents and other journals,

GOR005198369
Hug Time by Patrick McDonnell
Patrick McDonnell
Used - Very Good
Hardback
Little, Brown & Company
2012-01-19
32
0316182958
9780316182959
N/A
Book picture is for illustrative purposes only, actual binding, cover or edition may vary.
This is a used book - there is no escaping the fact it has been read by someone else and it will show signs of wear and previous use. Overall we expect it to be in very good condition, but if you are not entirely satisfied please get in touch with us.